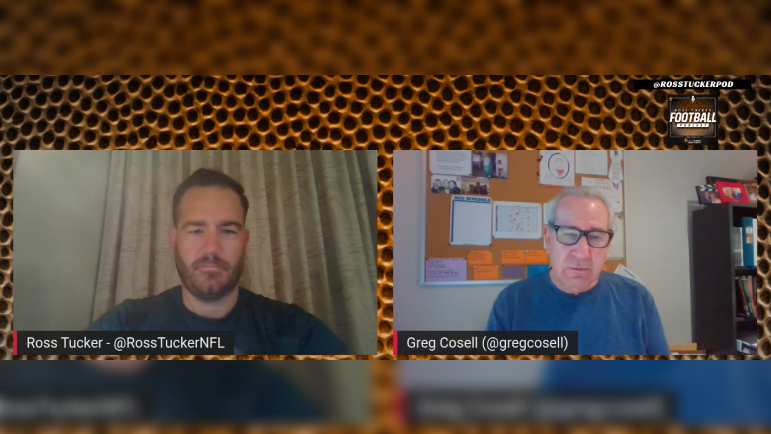 Thanks to his strong play throughout training camp and through two preseason games for the Pittsburgh Steelers, the calls are getting louder and louder for rookie quarterback Kenny Pickett to be named the Steelers’ starting quarterback right away, over the likes of veteran Mitch Trubisky and veteran Mason Rudolph.

According to Steelers head coach Mike Tomlin and offensive coordinator Matt Canada, the competition remains an open one entering the final week of the preseason in the matchup with the Detroit Lions at Acrisure Stadium. While Canada stated that Rudolph remains in the mix for the starting job, the general consensus is that it will come down to Trubisky and Pickett, whom the Steelers drafted at No. 20 overall in the first round of the 2022 NFL Draft.

That decision, according to longtime NFL analyst Greg Cosell, says more about the quarterback competition and the Steelers’ standing with Trubisky than it does anything else on the field overall, he said during an appearance Friday on the Ross Tucker Football Podcast.

Cosell, who co-hosts Movin’ The Chains on SiriusXM Radio, wouldn’t get into whether Pickett deserves to start or not for the Steelers, but he did point out that the selection of Pickett shows exactly how the Steelers feel about Trubisky, which will play a factor in the starter under center for the black and gold moving forward in the 2022 season.

“…I don’t know what’s happening day to day, but think of it this way: they signed Mitchell Trubisky to a two-year deal, not a big money deal; it’s probably a one-year deal, I would imagine, when it’s all said and done,” Cosell said to Tucker, according to video via the podcast’s official YouTube page. “They chose to draft Kenny Pickett in the first round. I think that tells you, I think they’re telling you, Ross, what they think of Trubisky.

“If they have to play him, they’ll play him because he has started in this league, and given that they have a workhorse running back and a really good defense, I’m sure they feel they can line up and can compete,” Cosell added. “But I don’t think you draft a quarterback with the twentieth pick in the first round with the idea that this guy’s not going to be my starting quarterback.”

“The Steelers drafting Pickett in the first round tells you what they think of Trubisky.” pic.twitter.com/jG7EC0MQAW

While that certainly makes sense from Cosell, and would make a ton of sense for any other team in the NFL, that hasn’t been the case with Pickett and the Steelers throughout the offseason and training camp. Tomlin did state to Rich Eisen hours after the 2022 NFL Draft that Pickett would certainly have a chance to start right away this season, but throughout OTAs, minicamp and early in training camp, Pickett was getting third-team snaps.

His play after the first week in training camp and into preseason action forced the Steelers’ hand in giving him second-team and some first-team reps, but they still aren’t preparing him like he has a chance to start Week 1 on the road against the Cincinnati Bengals.

Realistically though, I don’t think the signing of Trubisky or the selection of Pickett has anything to do with the other, like Cosell states. The Steelers needed to bring in a veteran quarterback that they felt good about for at least the 2022 season with Ben Roethlisberger riding off into retirement. At the time of his signing, he was one of just two quarterbacks on the roster with Mason Rudolph before the Steelers then placed an exclusive rights tender on the late Dwayne Haskins.

Throughout much of the draft process, the Steelers also heavily scouted the quarterback class featuring Pickett, Malik Willis, Matt Corral, Desmond Ridder and Sam Howell, knowing that they were in the quarterback market, as far as a potential franchise signal caller goes, in the draft. They likely never believed they had that with Trubisky, considering he was a free agent coming off of a season spent as a backup in Buffalo.

They knew what they were getting when they signed Trubisky, that being a strong bridge quarterback. That said, they were never under the illusion that Trubisky would block Pickett at any point from getting on the field, and the Pickett selection had nothing to do with how they felt about Trubisky. It had everything to do with how they felt about Pickett, and still feel.