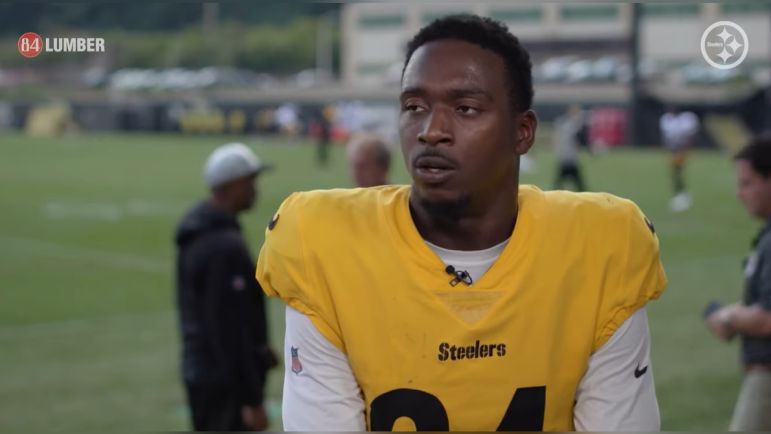 Every player in the league wants to start. But there’s only so many of those jobs out there. So when the Pittsburgh Steelers showed interest in veteran safety Damontae Kazee, a long-time starter in the league, they made their expectations clear. A chance to be on a roster but in a backup role. A tough pill to swallow but the only thing players want more than the chance to start is the truth. In a sit-down interview with Steelers.com’s Missi Matthews, Kazee said Pittsburgh’s candidness sold him on coming to the team.

“In May, I got a call from my agent telling me about the Steelers,” Kazee told Matthews via the team’s YouTube channel. “Talked to [DC Teryl Autin] on the phone. He’s a man of his word. He called me and told me, ‘you come over here and do certain things. It doesn’t mean there’s going to be a starting job.’ To tell me the truth like that, I can respect. Just give them all I’ve got, too.”

Kazee signed a one-year deal hours after the 2022 NFL Draft wrapped up, bolstering the Steelers’ secondary depth. True to his word, Kazee isn’t slated to be a starter to open the season. But he worked with the 1’s for the first half of camp, next man up while Minkah Fitzpatrick sat out due to a wrist injury suffered during the offseason.

When Fitzpatrick returned, Kazee fell into a backup role. However, the team has worked ways to still get him on the field, employing a three-safety “big nickel” package in last weekend’s win against the Jacksonville Jaguars. Kazee’s hard-hitting ability but safety movement skills makes him an asset against heavy personnel teams with athletic tight ends, like Jacksonville’s Evan Engram. Though not in that three-safety grouping, Kazee made a forceful fourth down stop on Engram and has proved to be an impactful hitter all summer long.

Despite not starting, Kazee says he’s enjoyed his time with the team.

“Great program. Great people around here. Really a brotherhood. So I’m loving it.”

Kazee’s started 49 career games and hasn’t been a backup since his rookie year. But as Mike Tomlin likes to say, backups are just starters in waiting. With Kazee’s versatility, it may only take one injury somewhere in the secondary for him to see an expanded role in this defense. At minimum, the team has quality depth they lacked a year ago.