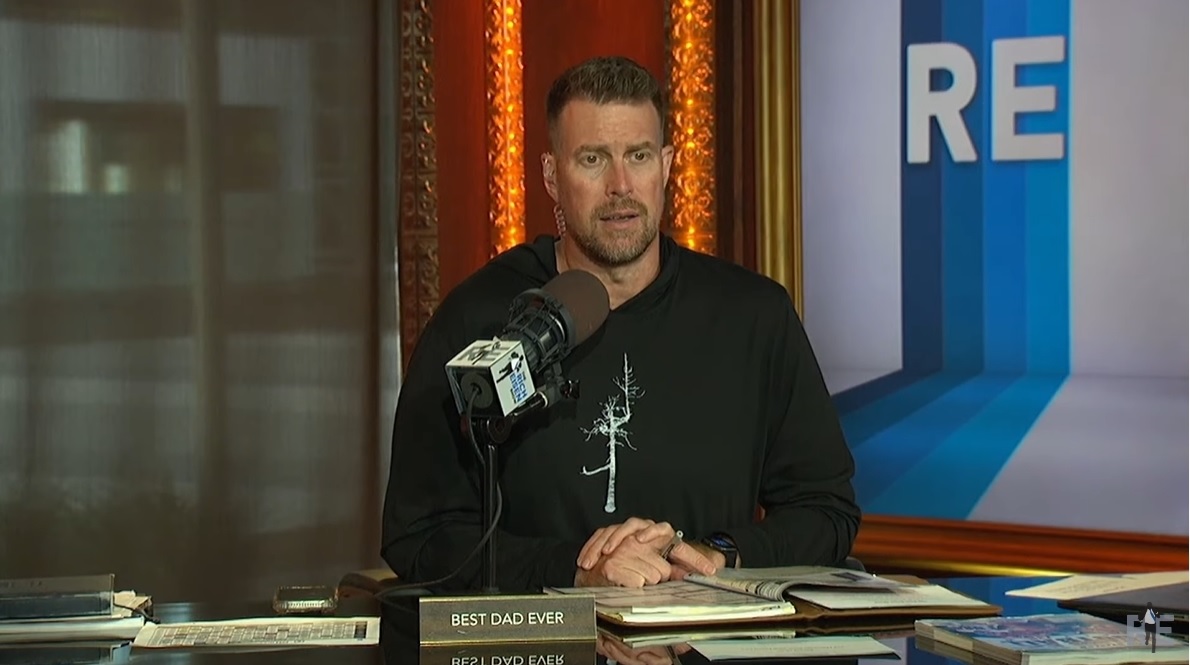 From one former first round quarterback to another, on Wednesday afternoon, Ryan Leaf weighed in on Kenny Pickett and the Pittsburgh Steelers’ 2022 outlook. He started with his evaluation of the team’s decision to select Pickett 20th overall as the heir to Ben Roethlisberger’s franchise throne. Leaf believes Pittsburgh may have overdrafted Pickett, the only quarterback to be taken in the top 32 picks.

“After seeing where the other quarterbacks went,” Leaf, guest-hosting for Rich Eisen, said, “After seeing how Pickett has progressed so far in camp and is sitting in the third position right now in the initial depth chart, you may think a little bit that they may have reached for Pickett.”

Carefully qualified but certainly a bit of a knee-jerk reaction by Leaf. Pickett sitting third-string comes as little surprise and his play has progressed after a tough first week of training camp. He’s not threatening for the starting job but concluding anything off Pickett’s first couple of weeks in camp is dangerous to do. He won’t even play in his first preseason game until Saturday night. As the saying goes, takes one to know one, and Leaf flamed out of the league in just a couple years after being a #2 overall pick, one spot behind Peyton Manning.

Leaf’s broader point appeared to be that Pittsburgh was higher on this year’s quarterback class than the other 31 teams. Pickett was the only quarterback to be drafted not just in the first round but within the top two rounds. No other QB was selected until Desmond Ridder was taken 74th overall by the Atlanta Falcons, making for one of the most unusual quarterback classes of the modern era. Leaf argued Pittsburgh could’ve been more patient in picking Pickett.

“They probably could have got him in Round Two.”

Leaf’s point is arguable and also unanswerable. Pittsburgh had no idea how the rest of the quarterback class would play out after they made the pick at #20, they had no crystal ball to know how other teams felt and that the next QB wouldn’t be taken for more than 50 picks. It’s entirely possible Pickett would’ve been taken by another team before the Steelers picked again at #52. Even if Pickett would’ve fallen and Pittsburgh drafted him, they would’ve missed out on WR George Pickens, currently the team’s best-looking rookie through the first three weeks of camp.

Beyond the quarterback selection, Leaf outlined the Steelers’ chances to compete in 2022.

“I expect the Steelers to be competitive. But I do think that this team, if Mitch Trubisky cannot play at a very high level, this team could be on the verge, like they were a year ago, of missing the playoffs. And maybe not continuing that streak for Mike Tomlin.”

Leaf’s of course referring to Mike Tomlin’s non-losing season streak, going .500 or better every year since being hired in 2007. That mark could be put to the test this year in a competitive AFC North with a tough schedule and plenty of question marks on offense, especially under center. It’s doubtful Trubisky plays at the high-level Leaf referred to, meaning the Steelers’ defense must bounce back and be a borderline elite group in order for Pittsburgh to remain playoff viable.

Check out all of Leaf’s thoughts on the Steelers and AFC North below.