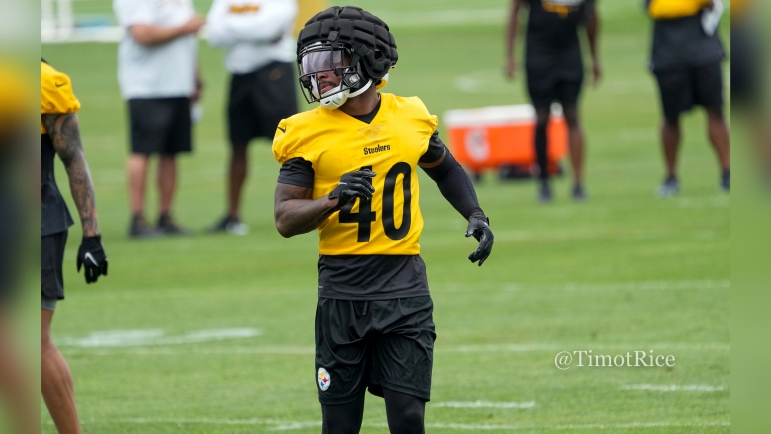 The Pittsburgh Steelers have begun to trim down their 80 man roster as they work towards the 53-man limit by tomorrow’s 4 PM deadline. Reserve cornerback Linden Stephens has reportedly been waived by the team. The website NFL Trade Rumors was the first to report the move.

Stephens signed on the Steelers’ practice squad on October 13th, 2021 and was carried throughout the rest of the regular season. He signed a futures deal with Pittsburgh in the offseason and carried through training camp. He worked as a backup cornerback throughout training camp, though saw a handful of safety reps during the summer as injuries mounted up in the Steelers’ secondary. While his play was not awful, he lacked long speed, getting burnt by Calvin Austin III for a long, 76-yard touchdown in camp, while also showing tight hips and struggling in man coverage. Any NFL future might best be fit playing safety.

Entering yesterday’s preseason finale, Stephens had been targeted two times, allowing one catch for 14 yards. He had logged 26 defensive snaps while also playing on special teams. Stephens got into the game late in yesterday’s win over Detroit, recording one tackle and breaking up one pass.

Stephens has appeared in 16 career NFL games, all with the Miami Dolphins across 2019 and 2020. To date, he has six career tackles, though he’ll struggle to find his footing back into regular season action again.

With Stephens gone, the Steelers are down to a 79-man roster, with many more cuts to come. Some others could be announced today. We’ll be tracking all of this team’s roster moves in what should be a very busy 48 hours.