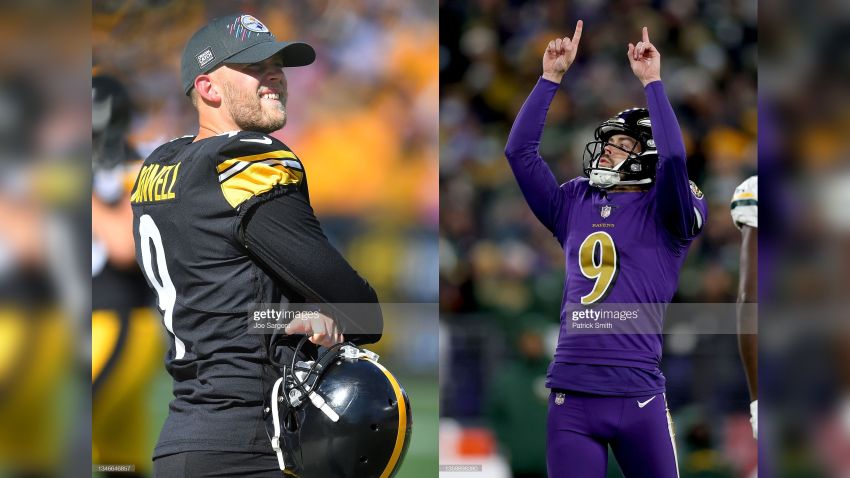 Quietly, the AFC North is absolutely loaded on special teams, at least from a specialists perspective.

Of course, there’s the headlines in Baltimore’s Justin Tucker and Pittsburgh’s Chris Boswell — two of the highest-paid kickers in football. Then, there’s the up-and-coming star in Cincinnati in Evan McPhearson, who will eventually ascend into the conversation with Tucker and Boswell for best kicker in the game, if we’re being honest.

Though punter is a bit of a question mark for a few teams in the division, this position group is loaded from a kicker’s perspective, which should lead to a lot of points this season.

Today, let’s dive into the final installment of my Ranking the Rooms: AFC North series here for Steelers Depot, focusing on the specialists. That may sound boring to some, but they’re anything but boring when a big kick or punt is needed, and the snap must be picture perfect.

He’s the best kicker in the NFL, and one of the greatest ever quite honestly. He’s as automatic as they come, has a huge leg, and very rarely misses big kicks for the Ravens.

Having that type of weapon on the sidelines who can step onto the field any time the offense crosses the 50 yard line is absurd.Tucker is likely going to reach the Pro Football Hall of Fame one day. He’s as automatic as it gets as a kicker. Tucker has a career 90.7% make percentage, which his best in NFL history, and shows no signs of slowing down.

The Ravens underwent some serious changes at punter this offseason though, as longtime punter Sam Koch retired. Baltimore knew it was coming though, snapping up punter Jordan Stout in the 2022 NFL Draft out of Penn State. He was arguably the best punter in the draft, and was consistently one of the best punters in college the last few seasons in Happy Valley. He’ll pick up right where Koch left off, providing the Ravens with serious value at punter.

Second-year pro Nick Moore returns for another season with the Ravens, coming off of a good year replacing All-Pro Morgan Cox in 2021. The Ravens historically have one of the best special teams units every single season. That shouldn’t change in 2022.

Once again, if Justin Tucker wasn’t in the division, I’m sure Chris Boswell would be talked about more as one of the best kickers in football. Since his disastrous 2018 season, Boswell has been terrific, converting 93.5%, 95.0% and 90.0% of his kicks in the black and gold, becoming an automatic three points once the Steelers work inside the 40-yard line.

He doesn’t have the strongest leg, but he’s exceptionally accurate and has steadily improved each year in the league. He is paid like one of the best in the league too, and rightfully so. What a find he was for the Steelers all those years ago.

Punter remains a major question mark, especially after the struggles Pressley Harvin III had as a rookie in 2021. Of course, a lot of that could be due to the tragedy he was dealing with off the field. Now though, the pressure is on. Harvin has to find consistency and show why he was one of the top punters in the 2021 NFL Draft.

Long-snapper Christian Kuntz returns for a second season in his role after winning a training camp battle last summer. Quietly he’s a valuable special teams piece, one that can fly down the field and make stops as a former outside linebacker.

McPhearson burst onto the scene in a big way in 2021, winning a handful of games with his talented right leg as the Bengals made a run to a Super Bowl appearance against the Los Angeles Rams. Returning for Year 2, expectations are sky-high for the young kicker, who remains famous on Instagram and TikTok for his trick-shot kicks.

He’s exceptionally accurate and can hit from 50+ yards relatively consistently. Drafting him was a great move for the Bengals.

Punter Kevin Huber returns for his 15th season in the NFL after averaging nearly 47 yards per punt in 2021. He’ll be challenged by second-year pro Drue Chrisman, though Huber has consistency and experience going for him in the battle.

Long-snapper Clark Harris returns for his 15th season as well, but he’ll be pushed by former Pittsburgh Panthers standout Cal Admitis, who went to the Senior Bowl, was an All-American and looks like the next quiet standout long snapper in the NFL.

Rookie punter Cade York has a huge leg coming out of LSU and could be the next rookie sensation kicker in the AFC North. However, it’s been a revolving door at kicker for the Browns in recent seasons. They’re hoping York puts an end to that. Counting on a rookie kicker though, especially on the shores of Lake Erie right away could be trouble for the Browns, at least in 2022.

At punter, the Browns took a significant step backwards, adding veteran Corey Bojorquez to the roster. He has a huge leg — one of the strongest in the NFL at punter — but the consistency is an absolute mess. Half the time it feels like Bojorquez has no idea where the ball is going off of his foot, which is a massive problem at the position.

He can boot one 82 yards like he did last season, but he’ll give up a ton of return yards, or come up with a shank in a pivotal situation.

Long-snapper Charley Hughlett returns to provide some reliability to the special teams unit in Cleveland after a year featuring great change for the Browns from a specialists perspective.