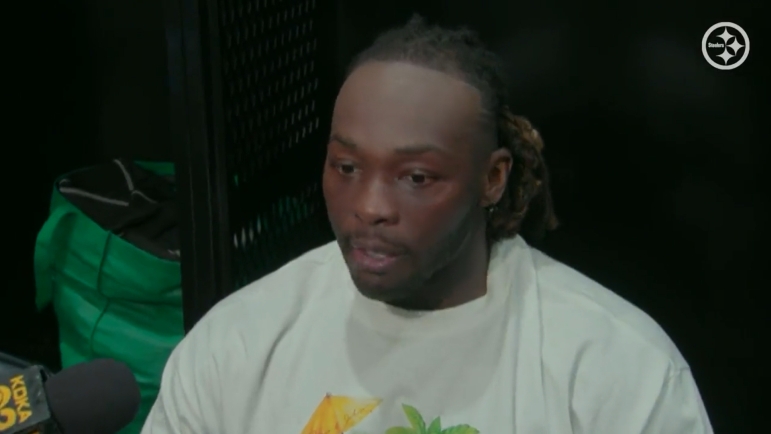 The Pittsburgh Steelers still haven’t seen some of their Pro Bowlers touch the field yet this preseason. Running back Najee Harris and defensive lineman Cameron Heyward have yet to play, and there’s a more than fair chance that they’re not going to.

But they did see a couple of key additions take their first snaps last night, including Larry Ogunjobi, the veteran defensive lineman whom they signed one a one-year prove-it deal in order to fill the void created by the retirement of Stephon Tuitt.

Coming off of an ankle injury suffered in the postseason last year as a member of the Cincinnati Bengals, Ogunjobi was available to be signed in June over concerns about his health. He agreed in principle to a three-year, $40.5 million contract back in March with the Chicago Bears, but the deal fell through after they failed him on a physical.

A couple of months later, he’s in the black and gold, and last night, inside of a stadium for the first time. He finished the game with three tackles, all of them credited as successful plays for the defense, including a stop for no gain on a 1st-and-10 play. And he couldn’t be happier just to be playing.

“A blessing, man. When you get injured and it’s an injury like that, you always wonder how it’s gonna feel being back that there”, he said. “It was good to mix it up. Made some plays. Some things to clean up, but excited to just get back out on that field”.

After playing almost all of last season without two of their starting defensive linemen, the Steelers were not about to set themselves up to repeat the same fate this year, which is why they seized upon the opportunity to bring in a player of the quality of Ogunjobi when it presented itself.

His foot injury proved to be serendipitous, since it kept him on the market long enough to make him available to them, and at a more affordable rate. Whether or not the two parties have any future together beyond the one-year, $8 million pact they agreed to for 2022, it promises to be a productive partnership for this season.

Last night was proof positive of that, passing the first test. He will certainly promise to be an upgrade in terms of talent level along the defensive front in comparison to what they were working with for most of last season.

And we also shouldn’t ignore the fact that Alualu was back out there. Heyward, Ogunjobi, and Alualu is a good defensive front. How the linebackers play behind them is another question, but the Steelers took good, legitimate steps in addressing the defensive line, for this season in Ogunjobi, and beyond in the drafting of DeMarvin Leal.