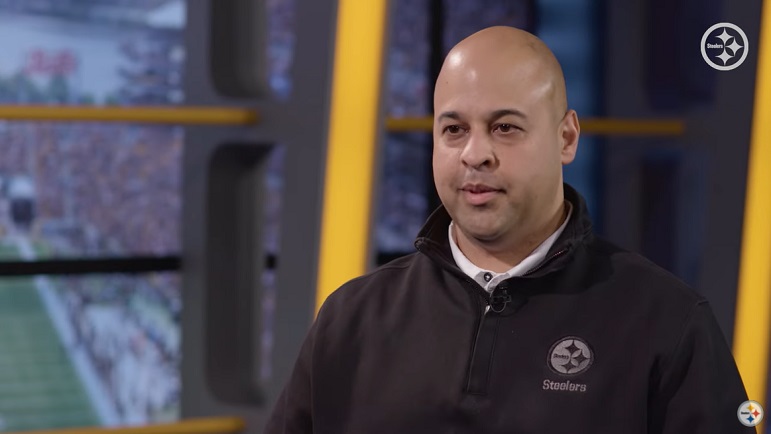 With new Pittsburgh Steelers general manager Omar Khan having been around the team since being hired in 2001, he told Sports Illustrated’s Albert Breer that the way he operates the team will be similar to the way Kevin Colbert did. Still, he acknowledged there would be some differences, too.

“There are probably gonna be a lot of similarities between how Kevin did things and how I do it,” Khan said. “I’d say I grew my staff. My staff’s a little bigger than it used to be under Kevin. And I have a lot of trust in those guys, and I may delegate a little more. I’ll put a lot on those guys. I see the role of the GM as very CEO-like, that’s the way I see it, having to manage a lot of different areas.”

Both Weidl’s have familiarity with Pittsburgh, and Khan and Sadowski are longtime friends who both started their careers at Tulane University and worked together with the New Orleans Saints. Just as Colbert had trust in his staff like Khan and former Pro Scouting Coordinator Brandon Hunt.

For Khan, having people he trusts in different areas in scouting and the front office as a whole will be important to make sure the Steelers are building the best possible team. As Khan said, with the GM role being CEO-like, he’ll have his hand in multiple different roles and facets of the organization and won’t be able to manage everything. Having trust that he’s brought in the best possible staff to take of care things when he can’t is crucial.

“The one thing about Mike is I’ve never met anyone who’s got a greater passion just for the game of football. …It resonates with everyone in the building.”

To stick with the same job for 16 years, you have to love what you’re doing. Tomlin clearly does, and he imparts that love for the game to those on the team, coaching staff and front office. Pittsburgh has never been a team that’s had a lot of turnover when it comes to the staff or front office, but there’s a reason why. The people in charge are people that members of the organization want to work for, and that’s certainly the case with Tomlin in charge.

This year might be Tomlin’s biggest challenge yet. With a new quarterback and turnover along the offensive line and in the wide receiver room, Pittsburgh’s offense is an unknown. Defensively, expectations are high but the team has to figure out their run defense, which ranked last in the NFL in 2021.

He’s clearly up for the challenge though, and this is going to be an interesting season to watch unfold. One way or another, I have faith in Tomlin to figure out a way to make this team competitive. Whether the offense surprises or the defense plays up to expectations, I think Pittsburgh will compete in the AFC North and fight for a playoff bid despite all the unknowns, and Tomlin’s passion for the game can certainly help motivate and spark this team.