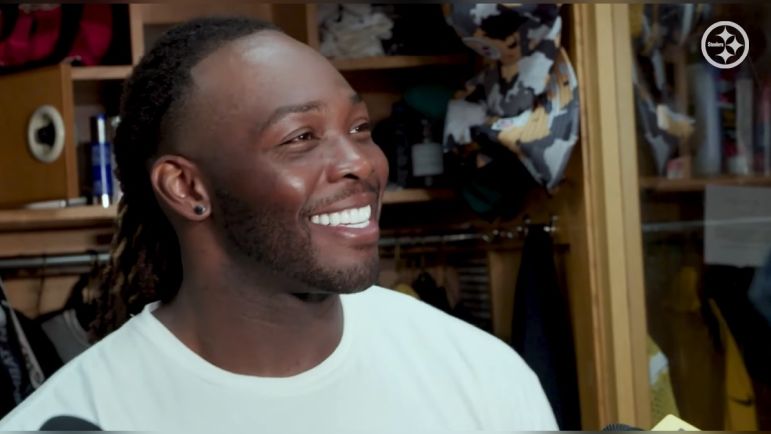 On a defense full of stars and veteran leadership such as Pittsburgh’s, someone on the outside coming in may struggle to live up to the unit’s lofty standards, as it features All-Pro talents at every level. Not only that, the unit has paced the entire league in sacks for five consecutive seasons running. However, for a player like disruptive free agent defensive tackle Larry Ogunjobi, his fit has been fairly seamless, and one that has been “growing” on him.

“You’re coming into a new environment, you’re trying to figure out everybody out, but you can understand that there’s a room full of really good guys, real core values,” Ogunjobi said, according to the Steelers’ official YouTube channel. “They want you to be great.”

Great is certainly a nice description of the season Ogunjobi is coming off of with the Super Bowl runner-up and division rival Cincinnati Bengals, when he posted a career-high seven sacks and also led the team with 12 tackles for loss. A presence like that will certainly be a welcome addition to a defense that was feeling the effects of the loss of standout Stephon Tuitt, who missed all of last season and has since retired.

After inking a deal with the Bears that fell through due to a failed physical, the Steelers snatched him up with open arms, and allowed him to continue rehabbing the foot injury he sustained in the team’s Wild Card win over the Raiders.

He has stood out thus far in limited preseason action, and when asked, he cited “being able to incorporate power” and then hitting them with speed and finesse moves. At 6-foot-3 and 305 pounds and only 28 years old, the one year prove-it deal he’s currently under certainly will play a role in determining whether or not he has a future in the black and gold. And despite being part of a defense featuring multi-time Pro Bowler and defensive linemate Cam Heyward, or the reigning DPOY T.J. Watt, Ogunjobi seems in awe of the lunch pail and team-first mindset of the defense.

“There’s not individuals, it’s a collective effort. Of course we got really special guys, but when you look at the defense, I think the biggest thing is just the camaraderie that they share. A lot of times people don’t understand how big that is, you’re going to war with these guys every Sunday. And just to see part of that, you understand why the team has been so good for so long.”