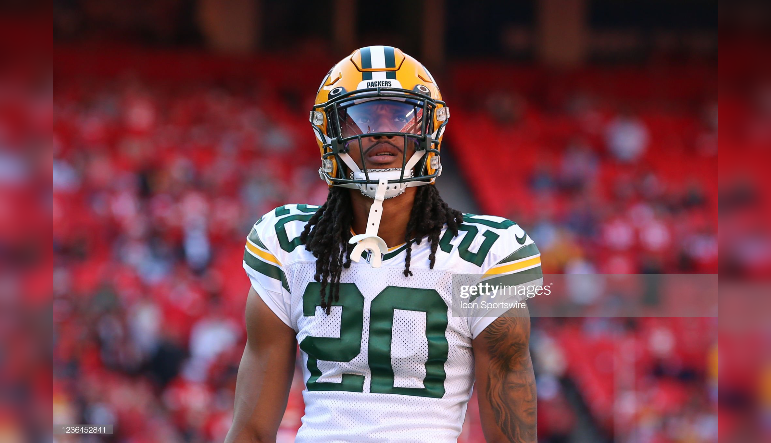 As we’re now making our way into the meat of training camp, all around the league, we’re beginning to see the injury bug take it’s toll. Look no further than Denver yesterday, where the team lost starting wide receiver Tim Patrick for the year to a torn ACL. The Steelers are feeling it as well, as Pro Bowl running back Najee Harris is currently listed as day-to-day after sustaining a foot injury during Monday’s session. While most rosters are complete at this point, injuries can play a significant role in making late additions, and NFL.com writer Marc Ross just released his list of top fits for the best remaining free agents. To no surprise, he had Pittsburgh married to one of them, as their roster is not perfect by any means, but it might not have been at the first position that comes to mind.

Former Packers cornerback Kevin King is an interesting prospect, as he possesses outstanding size for the position, at 6-foot-3 and 200 pounds. However, the 2017 second-round pick does have quite the injury history, as he’s dealt with a nagging shoulder injury that’s cost 17 of a possible 32 games in his first two seasons combined. It doesn’t appear Ross is too worried about that, as much as he is with the Steelers’ current depth chart.

“The Steelers are rolling into 2022 with Ahkello Witherspoon and Levi Wallace as their presumed starting cornerbacks,” Ross writes. “That’s concerning, no matter how good Pittsburgh’s pass rush is. King is a tall, rangy and fast player who’d fit right in and — at least — add depth at the position. The former second-round pick unfortunately missed seven games in 2021, but otherwise played well after laying an egg in the 2020 NFC title game.”

Witherspoon very much appears on an upward trajectory, and the front office must be of the same belief, otherwise they wouldn’t have handed him a fresh new deal. The same applies to Wallace, who is a solid tackler and one who doesn’t shy away from physicality. While King looks the part, he’s not the most consistent corner you’ll come across either, as his career has been a mixed bag thus far. His best season came in 2019, when he started 14 games and picked off five passes.

However, the aforementioned ’20 NFC Championship game might still haunt him, as he was simply outmuscled by WR Mike Evans, then got toasted by WR Scotty Miller for a 39-yard TD with one second left on the clock in the first half. Then, in the game’s waning moments, he committed a pass interference penalty on third and four, with less than two minutes remaining, that prevented Aaron Rodgers and the offense from ever getting a final shot.

Kevin King gets UP!

Thus far in his career, he’s been a very Jekyll-and-Hyde-type player. Still only 27, though, could a team with a coaching staff featuring Mike Tomlin and new DC Teryl Austin, both former secondary coaches, be able to coax the best out of King?

Another player on Ross’ list that I think makes too much sense is former Patriots and Lions pass-rusher Trey Flowers. Although he missed 19 games the past two seasons and only recorded three-and-a-half sacks after signing a mega-deal with Detroit, he’s still only 28 years of age. And keep in mind, from the 2016 through 2018 seasons, he posted 21 sacks.

With stud edge rusher and reigning Defensive Player of the Year T.J. Watt and Alex Highsmith entrenched as starters, Flowers would make logical sense, as the team currently doesn’t boast anyone behind them on the depth chart that’s scaring opponents. A one year “prove-it” deal would help him repair his image from being injury-prone as well, and allow him to seek a bigger deal next offseason. Let me know your thoughts in the comments below.