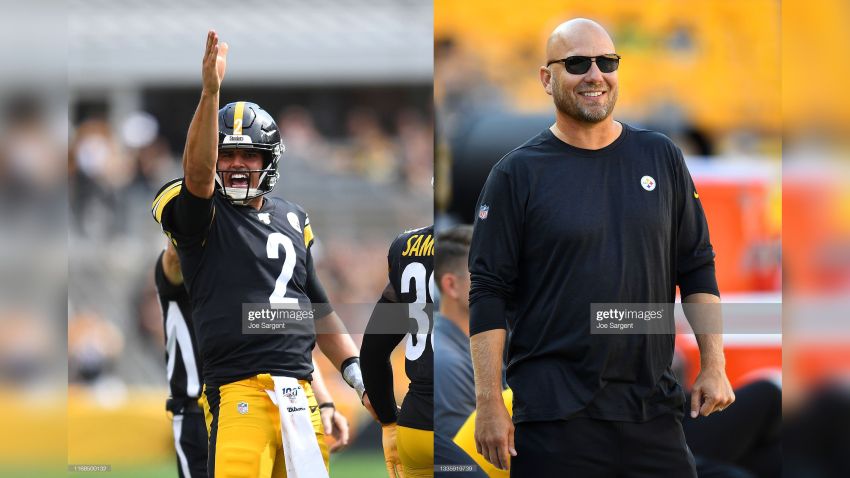 On Tuesday morning, NFL Network’s Inside Training Camp Live made an appearance in Latrobe at Saint Vincent College to talk about the Pittsburgh Steelers and their outlook as a team heading into the 2022 season.

When discussing the QB competition between Mitch Trubisky, Kenny Pickett, and Mason Rudolph at training camp, NFL Network show host Rhett Lewis mentioned a key factor that OC Matt Canada will look to implement this season at the QB position that the team has been lacking in the past: mobility.

“And if you look back at what offensive coordinator Matt Canada has done in his past experiences leading an offense, there is a little bit more of that QB mobility, right?” Lewis said on NFL Network. “Whether it’s designed runs like you were talking about, or just getting the quarterback out on the move, which we just didn’t see a lot last year and maybe couldn’t with the limitations that Ben Roethlisberger at the end of his run really gave this offense. So, I think that’s, that’s important to note too.”

The topic of QB mobility has often been referenced this training camp and even dating back to the offseason when HC Mike Tomlin reiterated time and again that mobility at the position is more important than it ever has been. This led many to believe Pittsburgh was eyeing Liberty QB Malik Willis in the 2022 NFL Draft, but they opted to draft Pitt QB Kenny Pickett #20 overall in the first round, who is fairly mobile in his own right, to pair with incumbent Mason Rudolph and free agent signing Mitch Trubisky.

When you look at the three names battling it out for the starting QB job in Pittsburgh, none of them come off as this uber-athletic specimen like Lamar Jackson or Trey Lance, but all of them possess a baseline of mobility to execute the offense that Matt Canada has traditionally run during his time in college. Lewis nailed it on the head when saying that Ben restricted what Canada could do in his first season as the Steelers’ play caller, often having Ben make changes to best suit his skillset at the tail end of his NFL career.

Respect the effort by Najee Harris and Cody White on this Mason Rudolph 26 yard scramble (longest run of the season for Pittsburgh!). 1st rounder and UDFA. Both doing the little things. #Steelers pic.twitter.com/BdrpcmAHar

Heading into 2022, Canada will be permitted to fully run his offensive system with Ben no longer with the team and with all three men battling for the job having the physical capabilities to perform, whether that be on designed rollouts to get outside of the pocket or as a runner to pick up yards on the ground when the opportunity presents itself. T.J. Watt and Myles Jack have already pointed to QB mobility as a change they have seen in scrimmages thus far, so hopefully we see instances of that come Saturday when Pittsburgh kicks off preseason action against the Seattle Seahawks.