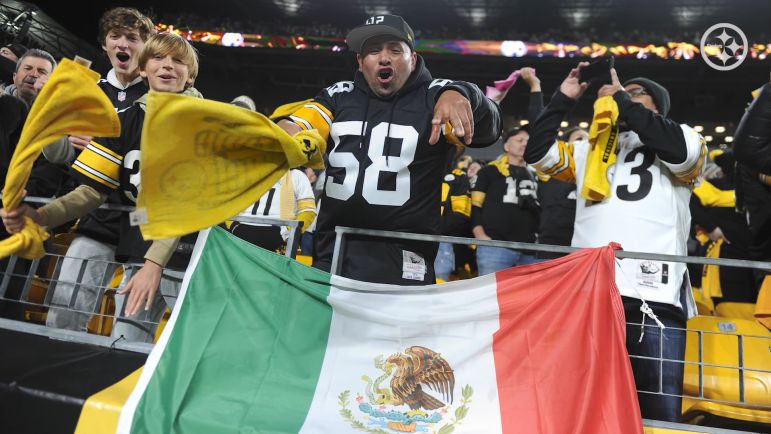 While the NFL by and large continues to grow year after year, the biggest hurdle that the league ultimately faces in terms of expansion is the fact that football has always remained a nationally regional sport, rather than an internationally-viable game such as soccer.

The league pays lip service to the idea of expanding its reach, committing to playing games elsewhere, primarily in England, but more recently has committed to playing a certain number of games in other countries, such as in Mexico, where there is a largely healthy fanbase for the sport.

The Pittsburgh Steelers are far and away among the most popular NFL teams in the country, insofar as any team has national appeal, but the team has talked about potentially playing a game there without it ever developing into a concrete plan.

There are, of course, economic factors involved, which even running back Najee Harris acknowledged, particularly if Pittsburgh has to play a ‘home’ game there. “We’ll lose money if we go over there, because they’ll split the revenue”, he told AS Mexico.

“But I think that one day we’ll for sure find a game to play in Mexico. I just don’t know when it will be. Hopefully that can be within the next year or whatever”, he added. “I have been here and talked about trying to find a game out there because of how much of a fanbase they’ve got. But, just trying to find a good date for it to work out with the Steelers”.

Harris had the opportunity to visit the country in April as part of the Steelers’ NFL Draft plans, traveling to Mexico in order to be there to announce the team’s fourth-round draft pick, which as you know by now wound up being Memphis wide receiver Calvin Austin III.

While there, he participated in a number of media events, including taking part in a cooking show that resulted in him eating, if memory serves, a grasshopper taco, which…good on him. He also played soccer with some children who were participating in an NFL Play 60 event.

Pittsburgh is not playing in Mexico in 2022, but could it potentially happen in 2023? Certainly. They will have nine home games next season, as well, so even if they were forced to play a home game there, they would still have eight more at…Acrisure Stadium.