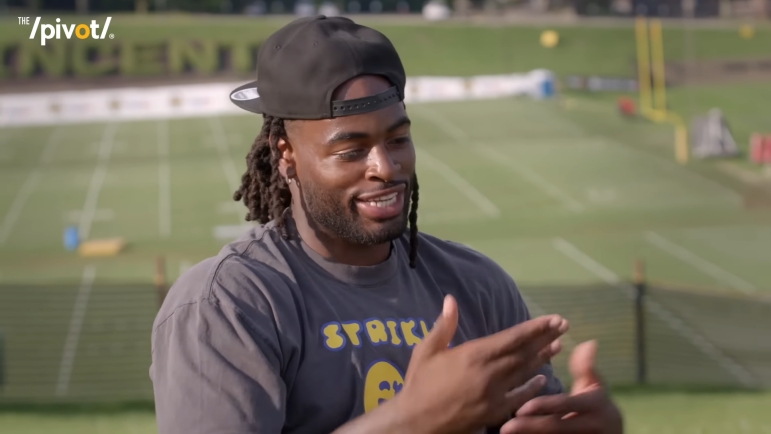 Every Pittsburgh Steelers fan by now knows that running back Najee Harris came out of Alabama under the coaching of Nick Saban, whom he helped win a trophy or two. Early on, however, it seems Saban didn’t understand where Harris was coming from, and the running back divulged some of the details of the early makings of what he now calls a “special relationship”.

“You know, I could be hardheaded sometimes. I guess he wasn’t used to that”, he told Cameron Heyward on the Not Just Football podcast. “He was just used to, like, ‘Yes, sir’. So I kind of talked back. Something must have happened and he said something to me, and I said something back to him, kind of angrily. He kind of looked at me weird. We had some conversation—I’m not gonna put it on air—and we went our separate ways”.

That was the first incident, anyway, and he went on to outline others that followed, including a threat to kick him out of practice because he kept getting involved in fights. “Then another incident happened and me and him got into argument”, he said, though he got into more detail earlier in the week on The Pivot, recalling an event in 2020 prior to which he had actually left the school for a couple of weeks.

“Other people are gonna lie about relationships, like, ‘Oh yeah, we clicked right on’. Nah, bro. It was not like that with me and Coach Saban”. And it seemed down largely to Saban not being used to having his authority questioned and getting anything other than obedience.

Harris said that they have been “rock solid” in their relationship since then after ‘bumping heads’ for four years, and did not criticize Saban’s approach, which was essentially characterized as being less oriented toward understanding his players as people but rather molding them into pieces with which to win football games.

He contrasted Saban’s style with his current head coach’s, Mike Tomlin, who has been widely regarded for the length of his entire career of being one of the game’s great communicators and who prides himself on getting to know his players and seeing them as individuals.