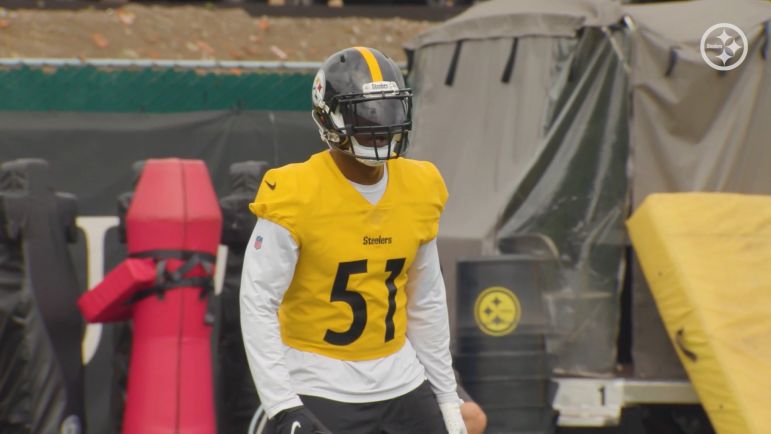 Talking to Mike Prisuta of Steelers.com after training camp today, inside linebacker Myles Jack talked about going up against starting running back Najee Harris during practice, especially during the backs on backers drill.

Jack’s praise about the defense is welcome to hear. There’s not enough words for “bad” to describe how atrocious Pittsburgh’s run defense was last year, and signing Jack was a big step toward fixing it. Obviously, it’s early on in training camp and the first day in pads, but to hear Jack say he thinks the defense is playing well (and by all accounts, they are) is good.

Harris left camp today with an injury, but according to Alex Kozora, he did a great job against power rushes in backs on backers, while Jack was able to run over fullback Derek Watt during a rep.

That’s the intensity Pittsburgh needs on both sides of the ball. Even though they’re going up against their own teammates, every rep should have a nice level of intensity to it. It seemed that was the case today, as it usually tends to be with the first day in pads.

Along with Telvin Smith, Jack formed the heart of what was once an impressive linebacker corps in Jacksonville (unfortunately, one which the 2017 Steelers knew all too well about). While he’s been bitten a tad by the injury bug over the last few seasons (missing nine games combined over the last three seasons) he’s still shown a penchant for being able to make plays in the run game. He should be an upgrade over Joe Schobert, and whether he’s starting next to Devin Bush or Robert Spillane, he can help be a catalyst to improving the Pittsburgh run defense.

With better players around him, look for Jack to regain some of his early career form. I think he can really be an X-factor on this defense and help it return to what it was before 2021. He should also help lighten the burden on Devin Bush, which will hopefully help him bounce back to his pre-ACL injury form.

Let us know in the comments below what you think Jack can bring to the table for the Steelers this season.