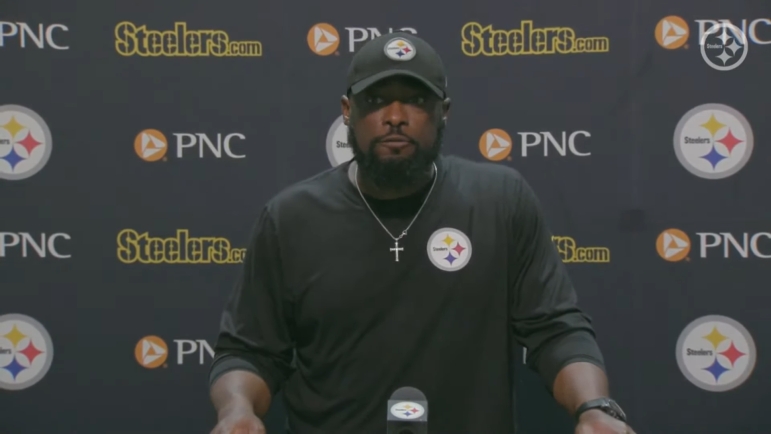 If you popped into tonight’s game at any random point throughout the 60 minutes of play without knowledge of the score, you probably would have assumed that the Jacksonville Jaguars won. One could easily argue that they should have, but the Pittsburgh Steelers ended up coming out with the win, instead, with a second consecutive game-winning drive in as many weeks.

That was not lost on head coach Mike Tomlin, who opened his post-game press conference expressing just that sentiment. “They controlled the football game, but we won the game”, he said in his initial remarks, expressing that he told the team the same thing, via the team’s YouTube channel.

“We’ve got to take responsibility for that positively and negatively”, he went on. “Down in and down out, we didn’t perform well enough. We didn’t perform at a high enough level to control the game. I thought their defensive front in their environment in particular controlled the game. I thought we had some blown assignments on defense that cost us from a field positioning standpoint”.

While both offenses struggled generally, and particularly in the first quarter, they did exchange missed field goals early on. The offensive lines on both sides were not good enough, but the Steelers’ protectors in particular left a lot to be desired, right from the beginning, with Mitch Trubisky escaping numerous sacks in his relatively brief playing time.

“But when you look at it, the weighty downs, that’s where we were able to win the football game”, he added. “We won enough possession downs on defense, particularly when the field got short. We mad them settle for three a couple of times. We functioned in two-minute offense, and it was great because we put an extra emphasis on two-minute in preparation for this game, so it’s good to see time spent pay off for us”.

The Steelers ultimately scored three times, including two touchdowns in the final minutes of each half. The first-team offense came up empty, with a missed Chris Boswell field goal. Kenny Pickett led a touchdown drive, with Benny Snell Jr. on the receiving end of the score, at the end of the first half.

Mason Rudolph played the entire second half, but they didn’t not score until deep into the fourth quarter, starting with a field goal, and then a touchdown during four-minute offensive work. Tyler Vaughns made multiple plays on the drive.

“Make no mistake: we won because we won the weighty downs. They won significantly more downs than we did”, Tomlin said, and that’s an observation you certainly can’t escape coming away from this game. Tonight’s roster didn’t look like one that was going to win a ton of games from a talent perspective.