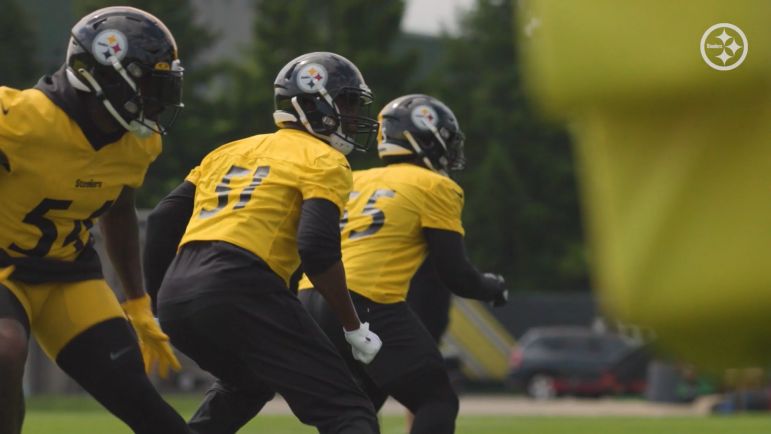 The Pittsburgh Steelers have been searching for reliability and consistency at the inside linebacker position for a half-decade now after the tragic loss of Ryan Shazier and the injury that cut short his promising pro football career. They have brought in free agent signings including Jon Bostic and Mark Barron, traded for Joe Schobert, and traded up to draft Devin Bush since Shazier’s injury in hopes of replacing his play on the football field.

Alas, the experiment hasn’t worked out up to this point as Pittsburgh has parted with all the names above except Bush who had his fifth-year option declined as he struggled mightily last season coming off a torn ACL in 2020. With Bush in a prove-it scenario, Pittsburgh elected to make their biggest splash thus far at the position, signing Myles Jack, who was released by the Jacksonville Jaguars in an attempt to shed cap space with a new regime taking over the organization in 2022.

While I like the Myles Jack signing, worth pointing out we've been down this road before. Steelers have had a ton of ILBs post-Shazier:

Still, while reports out of training camp have been positive so far in terms of Jack’s acclimation to the team as well as Robert Spillane’s impact early on, the question remains how that position will sort itself out this season and if one of the names in the room will take the reins as the leader at that position.

Mike Tomlin was posed this question in a press conference Thursday morning, to which he responded that he isn’t overly concerned about who the leader is, but rather if the unit as a whole can execute their respective duties that come with playing the position.

“I’m not worried about leadership at deposition,” Tomlin said during the press conference, which aired live on the team’s YouTube channel. “We got enough candidates, and the play will reveal it. Much like quarterback, inside linebacker, there’s certain unofficial responsibilities that come with that job. And all of those guys have been playing that position know and understand that and are displaying that.”

Often referred to as the quarterback of the defense, the inside linebacker sits in the middle of the action on the defensive side of the football. They are often the guys making the calls at the LOS and are given the green dot to take the play call in from the sidelines. They often are required to make checks and call out shifts and audibles based on what they see from the opposing defense while also executing as a run stuffer, run-and-chase pursuer toward the sideline, a blitzer, and also a coverage defender.

Needless to say, the position comes with its fair share of responsibilities. However, Tomlin mainly wants to see who exhibits that ability to lead based on their play and communication to the rest of the defense. Displaying the qualities of leadership will then lead to the “designation” of being a leader of that unit in 2022.

As far as candidates go, Jack seems like the best candidate for the job given his pedigree and previous production in Jacksonville. If he can be the player he has shown in flashes with the Jaguars and that Pittsburgh hopes to continue to develop under the watchful eyes of ILB Coach Jerry Olsavsky and Senior Defensive Assistant/LB Coach Brian Flores, Jack could have a breakout year in Pittsburgh this season.

Can Myles Jack Become A First-Time Pro Bowler In 2022?