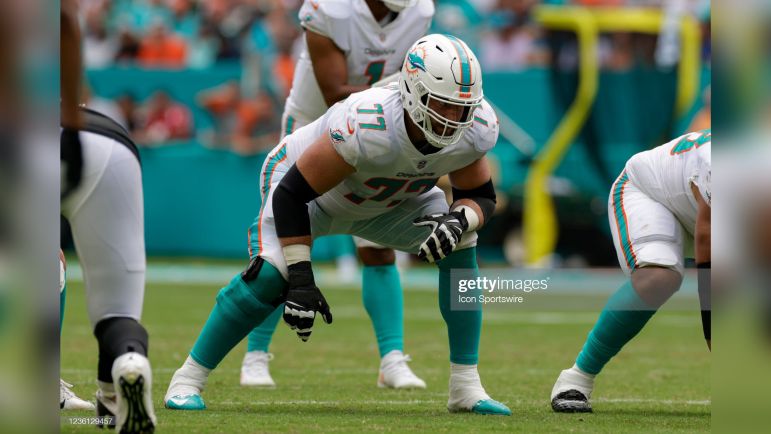 Jesse Davis could be a guard. Or a tackle. Mike Tomlin views him as all of the above. Speaking to reporters following Thursday’s practice, Tomlin outlined what Davis, acquired in a trade with Minnesota yesterday, brings the team.

“He’s versatile and experienced,” he told reporters via a team transcript. “He’s got starter experience in this league. I think he’s over 50 career starts. I think he started at every offensive line position other than center, and that type of versatility and experience is helpful to our cause.”

Davis has more than 50 starts. He comes to Pittsburgh with 72 in his career, a full-time starter each of his last four years in the league. He offers a similar resume as the release Joe Haeg with time at both tackle and guard spots. As Dave Bryan outlined yesterday, the majority of his time has come on the right side, but he has NFL experience playing everywhere but the middle.

Snaps by position for Jesse Davis in NFL per PFF:

Davis moved between guard and tackle last year across sixteen starts for the Miami Dolphins. He signed a one-year deal with Minnesota this March, who had been using him at both guard spots this summer. Davis lost a potential starting job to rookie Ed Ingram, making him available for trade. Pittsburgh sent a 2025 conditional seventh-round pick to Minnesota yesterday.

“I think he’s been experienced enough that he’s capable of learning multiple positions as he gets exposed to our system of offense.”

That certainly screams “swing player” with Davis potentially being next man up at every position besides center. As of now, he’s the only backup lineman on the 53-man roster capable of playing tackle; Kendrick Green and J.C. Hassenauer are interior players. Unless the Steelers make more roster moves, perhaps Trent Scott returns, or wind up elevating a player from the practice squad to start the season, Davis will be the team’s new Joe Haeg. The question is if Davis is really any better than Haeg, who was certainly no Pro Bowler but seemed to have better tape and was a known player in the Steelers’ system. Having Davis be the top backup at either tackle spot is unsettling and only adds more question marks to an offensive line full of them.

Speaking to reporters for the first time, Davis – a man of few words – said he primarily played on the “right side” of the Steelers’ offensive line today. As Dave’s tweet shows, that’s where he’s logged the most amount of his snaps throughout his NFL career.

Check out Josh Carney’s film room breakdown on Davis below.