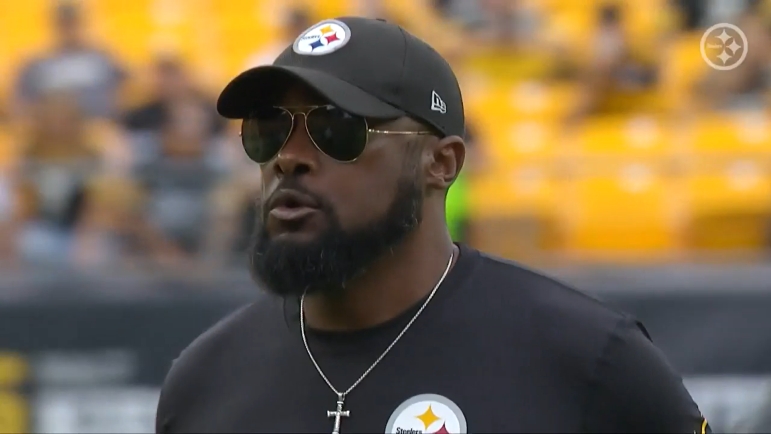 In his press conference before training camp today (via the team’s YouTube channel), Mike Tomlin addressed the specialization of defensive packages in regards to defensive backs playing the slot position.

“Arthur Maulet and Karl Joseph were working as run-down nickels, if you will. Guys like Cam Sutton and Tre Norwood are pass-down subpackage players. And so, there’s big-time specialization. There are big nickel packages, Killebrew plays in big nickel versus two-tight end personnel groups. It’s just specialization, it’s a component or evolution of the game. If something is going on on one side of the ball, it’s reasonable to expect there’s a mirror development on the other side of the ball,” Tomlin said.

As a whole, the slot receiver has taken on increased prominence in recent years, so it’s natural to expect teams to deploy specific players and packages in order to slow down or stop whoever the opposing slot receiver is.

Pittsburgh has a lot of guys with the capacity to do that in their defensive back room, as Tomlin mentioned five different guys for different uses in the slot. While Karl Joseph is lost for the season, it seemed as if he was in line for a larger role than he had last year. Expect to see Arthur Maulet frequently as the slot guy on traditional run downs or potential running situations in nickel.

Clearly, Pittsburgh has a lot of different looks and different personnel they can throw at opposing teams to try and take away their slot position. Both Maulet and Tre Norwood played better than I expected them to last season, especially Norwood as a rookie. With another year of development with the Steelers and getting used to the defense, I’ll be watching to see what sort of leaps both players take in their second year with the team.

With Joseph getting hurt, that gives Miles Killebrew a much better chance to make the 53-man roster. He was reliable on special teams last year, but he played just 44 defensive snaps. I don’t expect his defensive snaps to increase exponentially, but it wouldn’t be shocking if he got a few more snaps defensively if he makes the team.

It’ll be interesting to see all the different personnel Pittsburgh deploys defensively this year. With Teryl Austin taking over as defensive coordinator and Brian Flores joining the defensive coaching staff, there could be some changes from last year as to how things are run and deployed. With Week 1 fast approaching, I’m excited to watch this defense perform as they look to be one of the top units in the NFL.