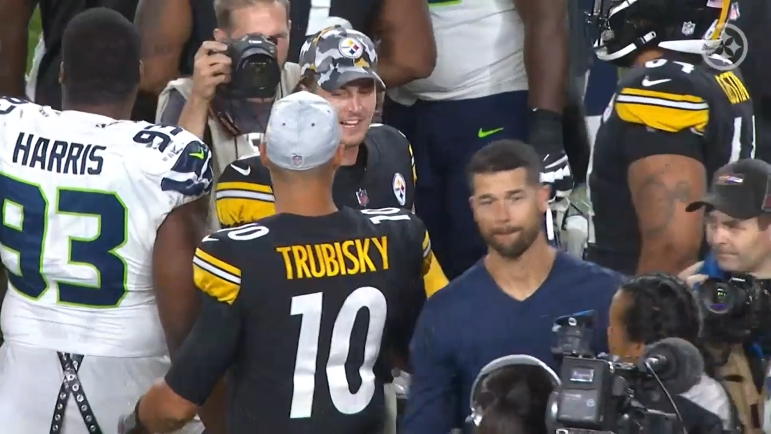 It goes without saying that jobs can and are won and lost in the final preseason game. Not just jobs, as in making the 53-man roster or not, but also roles. Who is going to start, and who is going to be the backup? The Pittsburgh Steelers still have a handful of positions to work out.

That’s reflected in the ‘OR’ designations on the team’s depth charts that have come out this year, with left guard listed as Kevin Dotson OR Kendrick Green, inside linebacker as Devin Bush OR Robert Spillane, and cornerback as Ahkello Witherspoon OR Levi Wallace.

“Man, a lot of spots will come down to this work. This work is weighted differently and appropriately so”, head coach Mike Tomlin told reporters during his media availability yesterday, via the team’s website. “The in-stadium work is significant, and increasingly so the more stadium exposure you get. So, make no mistake, this is a significant game for a lot of people”.

A couple of questions later, he was asked very specifically and very pointedly whether or not one of the positions that can be decided in the final preseason game is the starting quarterback job. Tomlin’s answer was equally clear and direct, saying simply, “Yes”.

The follow-up question, of course, which can’t be asked, is does he mean it? At least, does he mean it in any practical, actionable sense? What would have to happen in terms of play performance in the final preseason game for either Kenny Pickett or Mason Rudolph to be the starting quarterback on opening day, and not Mitch Trubisky?

Trubisky has functioned as the first-team quarterback since his first step on the practice field since he signed with the Steelers as an unrestricted free agent back in March. Rudolph was still here, of course, but Pickett was drafted in the first round, and he’s done nothing since then to dissuade onlookers that he was overdrafted—or really that he’s not ready to start now.

Asked prior to the first preseason game if Trubisky consistently running first-team offense indicated that it was his job to lose, Tomlin said, “No, that just indicates that was the premise that we chose to start with. You have to start somewhere, and I was very transparent and open with these guys”.

Talking about the depth chart and why the hierarchy is what it is and doesn’t change with every throw, he said, “I think you cut their leadership legs out from under them when you have that mentality. And so, we’re going through this process, and the quality of the play, particularly in-stadium, will determine how it unfolds moving forward”.