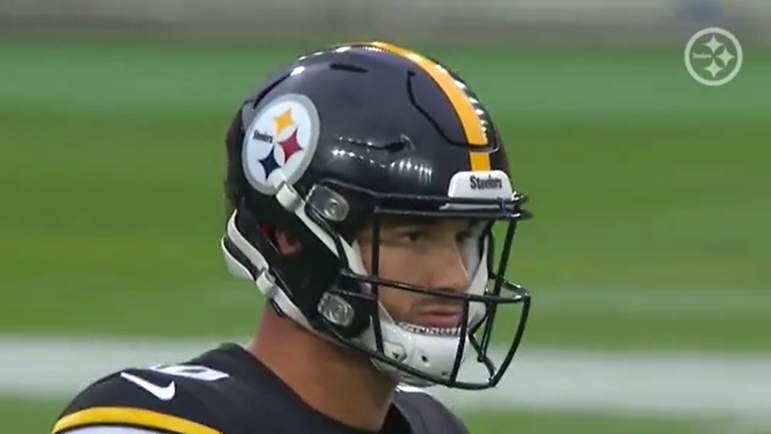 The Pittsburgh Steelers’ QB rotation for its preseason finale against the Detroit Lions will be the same as it was in last weekend’s contest against the Jacksonville Jaguars. In his weekly press conference, Mike Tomlin announced Mitch Trubisky will start Sunday against Detroit, with Kenny Pickett functioning as the #2. Mason Rudolph will work as the #3 QB.

Steelers.com’s Teresa Varley tweeted the news a short time ago.

Coach Tomlin said Mitch Trubisky will start at quarterback against Detroit, followed by Kenny Pickett and Mason Rudolph. He didn’t indicate how much playing time each one will see.

Here’s the full quote from Tomlin from his presser, via a team transcript.

“We’ve prepared all three quarterbacks to play. It’ll be Mitch [Trubisky], Kenny [Pickett], and then Mason [Rudolph]. I don’t know how much exposure each will get. It really determines the number of snaps we have. The level of success rate in terms of possession downs and time of possession, things like that. But obviously wanting to continue to get a look at those guys as they state a case for themselves and others.”

As her tweet indicates, Tomlin didn’t commit how much time each quarterback will play. Trubisky has played just five drives through the first two games. Pittsburgh is using the finale as a dress rehearsal with starters expected to play significant snaps, so it’s possible Trubisky receives extended work. Over the first two games, the #3 QB, Pickett in the opener, Rudolph last week, played the entire second half. The Steelers have only three quarterbacks on their roster after waiving Chris Oladokun earlier this week.

Though Pickett’s impressive play has left the door open, Trubisky remains the heavy favorite to be the team’s Week 1 starter against the Cincinnati Bengals. It’s been his job to lose since the spring and he’s not done anything to warrant losing his foothold on the top spot. Pickett, though, has seemingly done more than enough to be the #2. That makes Rudolph the odd man out either as the team’s #3 QB and weekly inactive or potential trade piece. As we wrote yesterday, the Lions are one team who could bolster their QB depth, and they’ll have a front row seat to watching Rudolph this weekend.