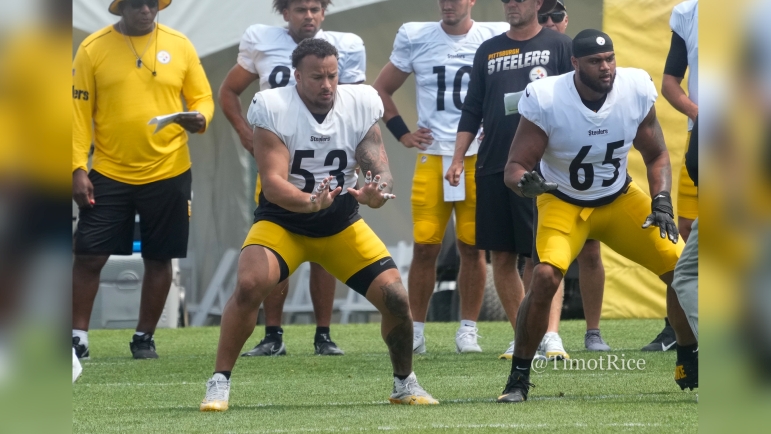 While there is no position more important than the quarterback position, the Pittsburgh Steelers’ biggest question mark in terms of genuine uncertainty about the quality of play anticipated may well be the offensive line.

Nobody is expecting any miracles from under center, but what will the center do, as well as the two guards and two tackles flanking him? Every single one of the Steelers’ starters, with one of them not even yet determined, comes into this season with something to prove, James Daniels absolutely not being excepted in that.

So much of what we’re putting our hopes in right now is pure projection. After all, we haven’t been inside a stadium yet. But there have been at least some encouraging signs. Former Steelers left tackle Max Starks, for example, likes the progress Kendrick Green has been making, but also the areas where he can improve.

“I think I’m seeing a lot of growth from Kendrick. He’s so explosive, and such a tenacious player, and that’s something you can’t teach”, he said on Training Camp Live yesterday, via the team’s YouTube channel. “You can go through all the drills in the world, but you can’t teach the explosiveness that he naturally has”.

A third-round pick out of Illinois last year, Green was primarily a guard in college, but the Steelers moved him to center, where he struggles throughout his rookie year. Now competing with Kevin Dotson for the left guard job, he has looked more comfortable, but Starks still sees room to grow, particularly in technical aspects.

“A stagger versus working parallel in your stance. I think he still gets a little bit of a crutch where he tries to get himself to equal balance with his feet, and that puts him in trouble on edges in pass protection”, he cited as one example of a technical aspect he has to improve upon. “But when it comes to run blocking, he’s a guy that fires off and he brings the fight to the defensive line. So he presents as positive. But all those things can be cleaned up”.

Can they be cleaned up in time for the start of the regular season? And how much cleaning up is needed in comparison to Dotson? Starks did say that he feels Green currently has a bit of an advantage, but that’s largely because of Dotson’s health. He’s currently out with a minor injury and it’s expected he won’t play in tomorrow’s game.

They have to work with what they’ve got, one way or another, and unless they make a left turn and try to start Joe Haeg, J.C. Hassenauer, or John Leglue, it’s going to be one of these two guys squaring up between Dan Moore Jr. at left tackle and Mason Cole at center. Getting that chain together as soon as possible should be the goal, but we can’t get there until we know which link fits best.