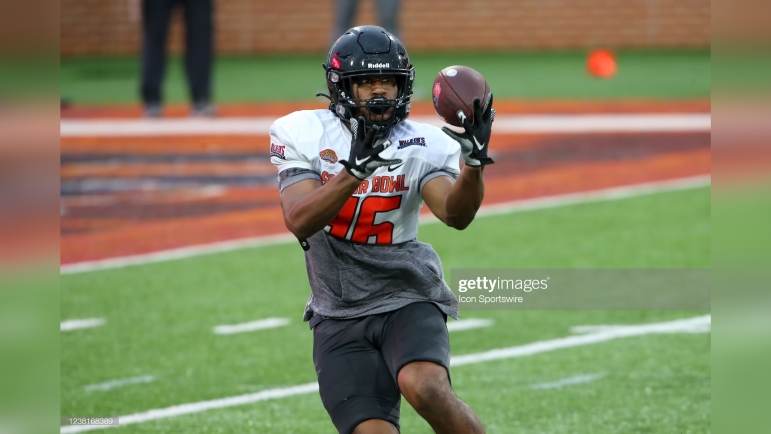 The Pittsburgh Steelers are hoping to have a quality one-two punch at tight end this year in Pat Freiermuth and Zach Gentry, the former coming off of an encouraging rookie season. The Baltimore Ravens look to be putting together their own duo, with rookie Isaiah Likely joining All-Pro Mark Andrews.

The fourth-round pick out of Coastal Carolina has already been impressing his coaches and teammates with his pass-catching prowess since the spring, but it’s been even more of a show since the Ravens entered training camp, and they’ve started seeing similarities.

Quarterback Lamar Jackson called him a “baby Mark”, referring to Andrews, and even the elder tight end himself said that “He’s got a little bit of me in him, for sure”.

A Ravens rookie who is generating buzz heading into the stadium practice is 4th-rounder Isaiah Likely.

Lamar Jackson: "Isaiah is like a receiver, but in a tight end's body. He's like a baby Mark [Andrews] right now."

Mark Andrews: "He's got a little bit of me in him, for sure."

Even a little bit of Mark Andrews would be noteworthy, as of course he is one of the top tight ends in the game and is helping to continue to redefine the position as a receiving option. He caught 107 passes for 1,361 yards last season along with nine touchdowns and as named a first-team All-Pro.

A former third-round draft pick, Andrews has recorded 263 catches since entering the league in 2018, gaining 3,466 yards with 29 touchdowns. He has been the primary receiving threat for Jackson, his fellow draft classmate, since he first stepped onto the field.

As for Likely, he was a very productive college pass-catcher, with 59 receptions during his senior season in 2021 for 912 yards and 12 touchdowns. He recorded a total of 133 catches during his four-year college career at Coastal Carolina for 2,050 yards and 27 touchdowns, enough to make a small-school prospect a mid-round selection.

As far as Jackson goes, he was putting the ball in the air more than ever, averaging 32 pass attempts per game, even figuring for an imbalance in the numbers because he left one game early. He also averaged just over 240 passing yards per game.

The offense around him, however, was greatly weakened, helping to contribute to his decline in efficiency, Andrews the only reliable option that he seemed to have. Baltimore hopes that Likely can be another safety valve at the tight end position as Jackson adjusts to Rashod Bateman as his number one wide receiver.

Of course, they also hope to have their full backfield back, with all of J.K. Dobbins, Gus Edwards, and Justice Hill returning from season-ending injuries last season. Left tackle Ronnie Stanley is trending toward returning as well after playing all of one game in 2021.