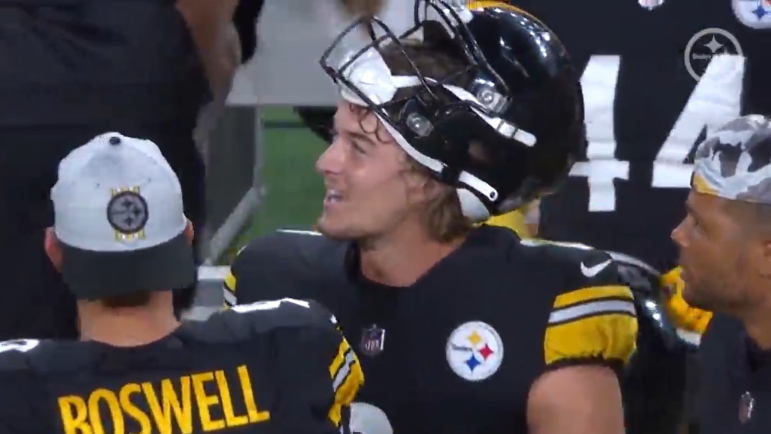 Kenny Pickett’s story has undeniable feel-good trimmings. Drafted by the team with whom he shared a practice facility and stadium throughout his college career, the Pittsburgh alum has the chance to go from being one of the great Panthers in school history to making his mark in the annals of Steelers history.

Of course, his story and what tone it takes is yet to be determined, but we embarked on the first chapter on Saturday night when he made his NFL debut in the Steelers’ opening preseason game. The offense moved with enough efficiency that head coach Mike Tomlin decided to give his rookie first-round pick the entire second half.

“It was very special. The whole night was special”, he told reporters about his first appearance inside of Acrisure Stadium, via transcript provided by the team’s media department. “I’ve been here for so long, but I’ve never been able to go to a Steelers game, and the first one I have as an NFL player, to finish that way in that stadium with a lot of family and friends there was awesome”.

Though a New Jersey native by birth, Pickett has said that Pittsburgh has long been his second home, going so far as to say that even if he were to have been drafted by another team, he still had every intention of making frequent trips back to the Steel City.

At least for the near future, he won’t have to worry about the commute, because he should be spending at least some years in the city of bridges, a necessity to traffic over the converging rivers that give the area so much of its character.

Pickett didn’t need any welcome tour after he was drafted. Indeed, he already knew many of his teammates and coaches fairly well by virtue of simply having worked next door to each other inside of the UPMC Rooney Sports Complex for the past five years.

It must have immediately felt like home, certainly more than any other NFL city possibly could have, and he was welcomed like a returning son by the crowd, getting a chance to see him play in the black and gold for the very first time.

In all, he completed 13 of 15 pass attempts in the game for 95 yards and two touchdowns, entering a tie game and coming out with a game-winning drive. He certainly has some things to clean up, but even head coach Mike Tomlin could offer little beyond saying that there were “a lot of good things to build on”.

They will certainly do that moving forward, but that doesn’t mean he will be their starting quarterback right away. After all, he came into the game only after Mitch Trubisky and Mason Rudolph had performed their duties ahead of him. And they performed them well enough that Tomlin was comfortable taking them out of the game earlier than he had allotted them.