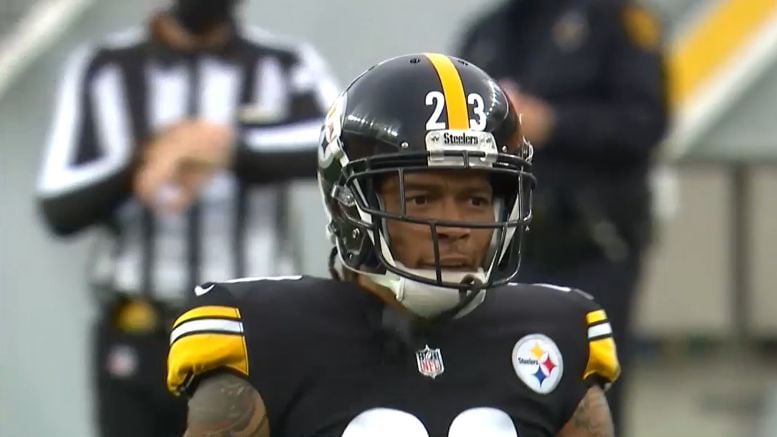 UPDATE: With the news for the Steelers reportedly reaching out to veteran cornerback Joe Haden to gauge his interest in a return to the black and gold, and the veteran having no interest circulating on the internet Monday morning, Haden took to Twitter to respond.

In a tweet, Haden called the report that he had no interest or any communication with the Steelers “fake news” and added that the Steelers’ front office has agent Drew Rosenhaus’ number.

Still seems unlikely that Haden would want to return to Pittsburgh in a reserve role, especially after taking such a strong stance against it publicly in recent years, stating he’d rather retire than be a backup or make a switch to safety.

Well, it now feels completely official that the ship has sailed on any sort of reunion with veteran cornerback Joe Haden and the Pittsburgh Steelers at this point.

After letting the veteran cornerback and team leader hit the open market in free agency earlier in the offseason, the Steelers never quite showed interest at the end of the Kevin Colbert era and into the transition to new GM Omar Khan. However, as the offseason progressed and concerns remained high regarding depth at the cornerback position behind starters Ahkello Witherspoon, Cameron Sutton and Levi Wallace, the Steelers showed some interest in Haden, who remains a free agent.

Haden though, according to a report from The Athletic’s Mark Kaboly, didn’t have interest in coming back to the Steelers in a reduced role.

“…they could go outside and add depth, but it doesn’t look like that will happen,” Kaboly writes for The Athletic. “The Steelers, who weren’t interested in Joe Haden in the spring, reached out to him to gauge his interest and he had none.”

At 33 years old, Haden’s play has declined quite a bit from the lofty level he was once at in his career with the Cleveland Browns and Steelers. Still, he believes he’s a starting cornerback in the NFL, and said there was never a chance he’d switch positions or stick around in the NFL as a backup.

Turns out, he’s sticking to that thought process because he’s still waiting on the open market for a starting gig to come calling his way. Chances are, that’s not going to happen at any point this season.

Based off of the Steelers reaching out to Haden to gauge interest, don’t be surprised if the team makes a move at cornerback following cutdown day, picking up a veteran off the street or swinging a trade for depth at the position.