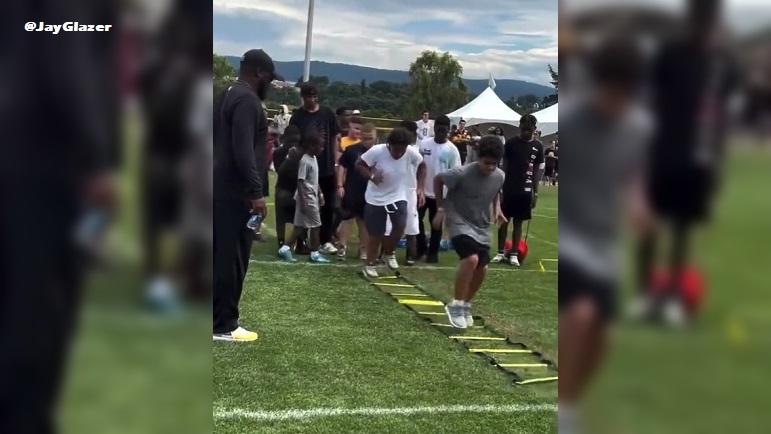 “Mike Tomlin was driving in his car when he saw these kids fighting in the street, Glazer reported. “Tomlin pulls over and the kids, in obvious shock at who stepped out of the car, stopped fighting.

“Mike then spent the next few hours with the kids. Yesterday he invited the same group of kids, who all go to a local community center, to be his guest at practice,” Glazer indicated.

As you can see in the attached video, the children actually got a chance to run some football drills.

Even Steelers running back Najee Harris got into the mix to help chaperone the kids through some drills on Wednesday.

As you can imagine, that Wednesday experience is likely one that those kids won’t soon forget, and I am sure Tomlin delivered a few words of wisdom and teaching moments in the time he spent with the group.

As we’ve seen time and time again over the years, Tomlin is giver of his time and not only to kids. He has forever been an active person in the local community and beyond.

When it comes to the Standard being the Standard in Pittsburgh, Tomlin always leads by example and as a fan of the team, one can’t help to smile when stories such as the one that Glazier passed along on Thursday surface.

How is that for a story to end the Steelers’ 2022 training camp? Kudos to Tomlin.

Best thing/story I’ve seen so far on my camp tour. A little backstory. @CoachTomlin was driving in his car when he saw these kids fighting in the street. Tomlin pulls over and the kids, in obvious shock at who stepped out of the car, stopped fighting. (Read full story below) pic.twitter.com/08pFlZTtfx