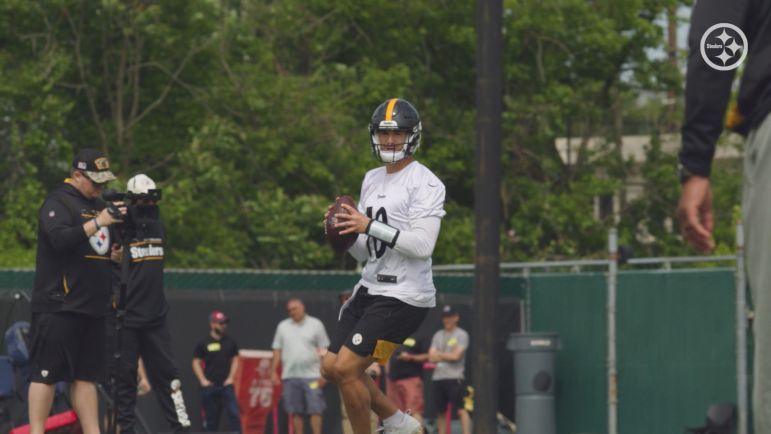 Both started their careers with the Chicago Bears, with Trubisky getting drafted #2 overall by Chicago in 2017 and Daniels coming to the team the following season in the second round with the 39th overall selection. Daniels was in charge of keeping Trubisky clean in the pocket for three seasons in the Windy City, getting to work closely with him and develop a relationship with him as you would hope to have between your quarterback and offensive line.

Trubisky went to Buffalo last offseason as a free agent, taking essentially a gap year to backup Josh Allen and learn under former OC Brian Daboll in hopes of earning another starting job the following offseason. Meanwhile, Daniels enjoyed his best pro season to-date, having a strong showing at RG and earned a three-year deal from the Steelers this offseason.

Trubisky also was signed by the Steelers, and when asked about his impression of his former QB in Chicago and current QB1 on the depth chart in Pittsburgh, Daniels had nothing but glowing comments for Trubisky.

“Mitch has been great so far,” Daniels said to the media on video via Steelers.com. “He’s been really taking control of the offense and I’m excited for him and he’s been doing really well.”

Trubisky has been operating as the QB1 thus far in training camp, meaning that he and Daniels have been working extensively with one another on the first team offense. While it’s only been training camp practices, you want to hear your offensive line say that the QB is taking command of the offense and showcasing the leadership qualities you want to from a franchise starting quarterback.

Trubisky has had his ups and downs in training camp thus far, having some great days along with some underwhelming performances. Still, he has flashed the talent that made him a first-round draft choice in 2017 and a Pro Bowler in 2018, utilizing his mobility and ability to maneuver the pocket to his advantage in practice. He will know have to do the same against the Seattle Seahawks on Saturday night as he attempts to make his case to retain the QB1 designation throughout the preseason and into the regular season