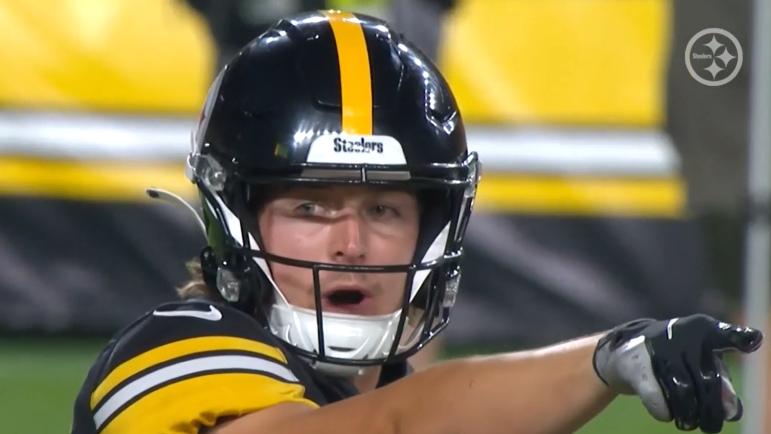 In a shocking development that is surely limited to the realm of professional sports prognostication, the Pittsburgh Steelers’ quarterback competition has proven that, by and large, people are going to believe what they want to believe, beginning with a conclusion and interpreting the evidence to support it.

Those who believe that Mitch Trubisky should be the opening-day starter believe that he will be. The same for those who hold that opinion of Mason Rudolph, and of rookie first-round draft pick Kenny Pickett.

In truth, the bulk of the evidence has pointed toward Trubisky as the likely day-one starter, but it has always been with the caveat that Pickett could be breathing down his neck. NFL analyst Louis Riddick believes Pickett will be making that push sooner rather than later, as he told Rich Eisen yesterday.

“You pick a guy 20th overall, not because you want to sit him on ice for an extended period of time”, he added, “and as good as Mitchell Trubisky played, and quite honestly he looked fantastic, I just think it’s gonna be Kenny’s time sooner rather than later, because he’s just made for this situation. It’s really a dream situation for him. But I think Pittsburgh sees the writing on the wall”.

Of course the Steelers drafted Pickett because he believed that he would be their starting quarterback at some point. That does not have be week one of his rookie season. It doesn’t mean that it can’t be, either. But for every week that he doesn’t start, there is going to be speculation as to when he will.

It’s not just Riddick who, following Saturday’s outing, is now more of a believer in the possibility of Pickett starting sooner rather than later, with Mike Florio suggesting a similar line of thinking during a spot on the PM Team program on 93.7 The Fan.

It’s a ladder that they want him to climb, but how many rungs at a time? Tomlin made it clear during his post-practice comments yesterday that the rookie would be given ‘varsity’ reps in their next preseason game, which surely translates into some first-half action. If he showcases himself well in Jacksonville, will he be given the chance to claim the starting job as his own in the finale?