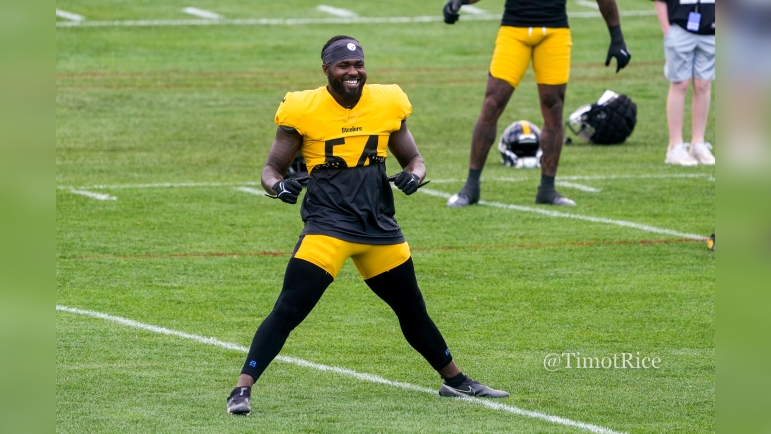 The Pittsburgh Steelers waived inside linebacker Ulysees Gilbert III as injured on Wednesday, and on Thursday he cleared waivers and reverted to the team’s Reserve/Injured list.

Gilbert, who suffered an ankle injury last weekend, was waived as injured on Wednesday so the team could make room for outside linebacker Hamilcar Rashed Jr., who was claimed off waivers from the New York Jets.

Gilbert was originally selected by the Steelers in the sixth round (207th overall) of the 2019 NFL Draft out of Akron. He has missed a lot of time in his first three NFL seasons, mostly because of a back injury. He has played in all of 28 regular season games since being drafted with most of his snaps played coming on special teams. To date, Gilbert has been credited with 25 total tackles in regular season play.

With Gilbert now having three accrued seasons, it’s unlikely he will have a spilt salary while on the Steelers’ Reserve/Injured list. If that’s the case, his salary cap charge would remain at $996,960. The Steelers might decide to work out an injury settlement with Gilbert in the next week. If they don’t, he will remain on the Reserve/Injured list until fully healthy.

Gilbert’s career with the Steelers is now likely over, as he would need to be released from the Reserve/Injured list and then wait a specified number of weeks before he can be re-signed.

The Steelers now have three players on their Reserve/Injured list in Gilbert, running back Jeremy McNichols and outside linebacker T.D. Moultry. Another player, wide receiver Javon McKinley, is expected to join that list after he clears waivers. McKinley was waived as injured by the Steelers on Thursday.