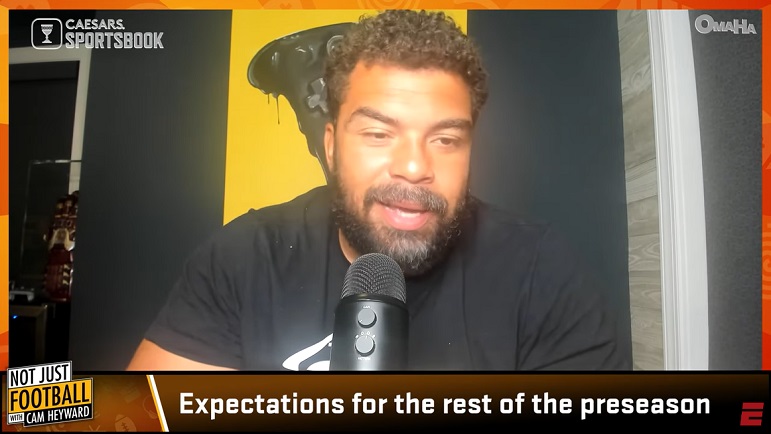 Dan Campbell said it first. Now Cam Heyward has confirmed. The Pittsburgh Steelers will use their preseason finale this Sunday against the Detroit Lions as a tune-up game with the Steelers’ starters playing about the first half. Heyward said as much during his most recent episode of his Not Just Football podcast that dropped Wednesday.

“This game we got coming up versus Detroit Lions is basically like a dress rehearsal for us,” Heyward said on his show. “They’re gonna be playing their guys. They’ve been on Hard Knocks. So everybody’s been looking at them. But we gotta go in with the opportunity to get better and an opportunity where both teams are gonna be playing most of their starters at least half of the game.”

During his Monday press conference, Detroit head coach Dan Campbell strongly implied the Steelers would match the Lions and play their starters. For Pittsburgh, this is the first time they’ve had just three preseason games. While the league made the change last season, the Steelers played in the Hall of Fame game, meaning they still had four exhibition contests before Week 1. This is the first time we’ve seen Tomlin’s approach to having just three, and it’s clear he wants his starters to play.

No group needs more reps than Pittsburgh’s offensive line, a unit that certainly could be out there will into the third quarter. Last week, LT Dan Moore Jr. played nearly the whole game while Kevin Dotson and Kendrick Green rotated the entire time. The Steelers’ front five has been its biggest question mark and has looked uncomfortable adjusting to Pat Meyer’s new teachings. Pittsburgh will face off against Aidan Hutchinson, the #2 player overall in the draft, a week after facing #1 pick Travon Walker. The Lions also boast veteran DE Charles Harris, coming off a 7.5-sack year with the team, and DT Michael Brockers, who posted just one sack a year ago but is still a force in the middle.

Heyward knows this offensive line must improve in order for Pittsburgh to have a successful season.

After missing last week with an ankle injury, Heyward said he fully expects to suit up in the finale.

“I want to start getting into a rhythm on the field. It’s one thing to compete against your guys during practice but nothing really replaces playing in games.”

Heyward has yet to play in a game this summer. He sat out the opener as a healthy scratch and then was held out of last weekend’s contest after suffering the injury two days before the team’s game. He and seemingly the rest of the Steelers’ starters will suit up and play significant time against the Lions, who are choosing to do the same. After this weekend, Pittsburgh won’t be inside a stadium until they travel to Cincinnati Week 1 to take on the Bengals.