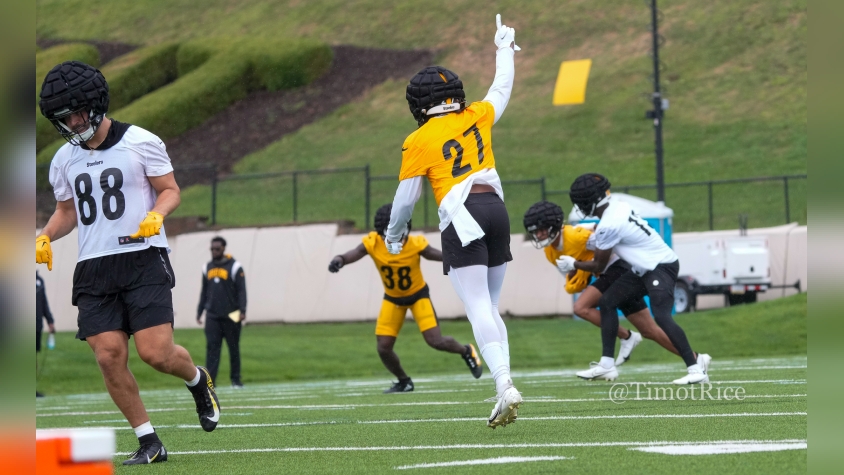 In the middle of another team-shaping training camp at Saint Vincent College in Latrobe, the Pittsburgh Steelers get to take part in something rather special Friday night, making the seven-mile trip from Chuck Noll Field to Latrobe Memorial Stadium for the annual Friday Night Lights practice.

For the first time since 2019, the Steelers get to climb aboard the yellow school buses and make the trip to Latrobe Memorial Stadium, where between 15,000 and 20,000 fans are expected to get an up close and personal look at the Steelers ahead of the 2022 season, keeping with terrific Steelers training camp tradition overall.

Fourth-year inside linebacker Marcus Allen is just one of a handful of Steelers players currently on the roster that has experienced a Friday Night Lights practice in training camp. The chance to return to Latrobe Memorial Stadium brings back memories of his day playing high school football while allowing the Steelers’ players to touch base with their roots.

“It brings back that high school mentality,” Allen said to Steelers.com’s Teresa Varley. “The lights. The fans. The intercom. It brings you back to high school. Family is out there. Kids everywhere. The locker room is like Friday Light Nights the movie. It brings back a lot of memories.

In large part, that’s what the Friday Night Lights practice is. It’s a humbling experience for the Steelers, who have to climb onto the yellow school buses with their pads in hand, ride to the stadium and step off ready to go for a two-hour practice on a grass field in a high school facility.

No big, bright lights, no NFL-quality amenities. Just good old fashioned old-school football. That’s why the fans and the players love it so much. The fans get a chance to get close to the action and interact with their favorite Steelers, while the players like the old-school feel, the ability to see their fans up close and really get that high school vibe back, which really does humble them, at least for the time being.

Friday night’s practice will serve as a chance for the Steelers to switch things up a bit near the tail-end of a six practices in six days stretch, while allowing them to give back to the Latrobe community as well in a true win-win for all parties involved.