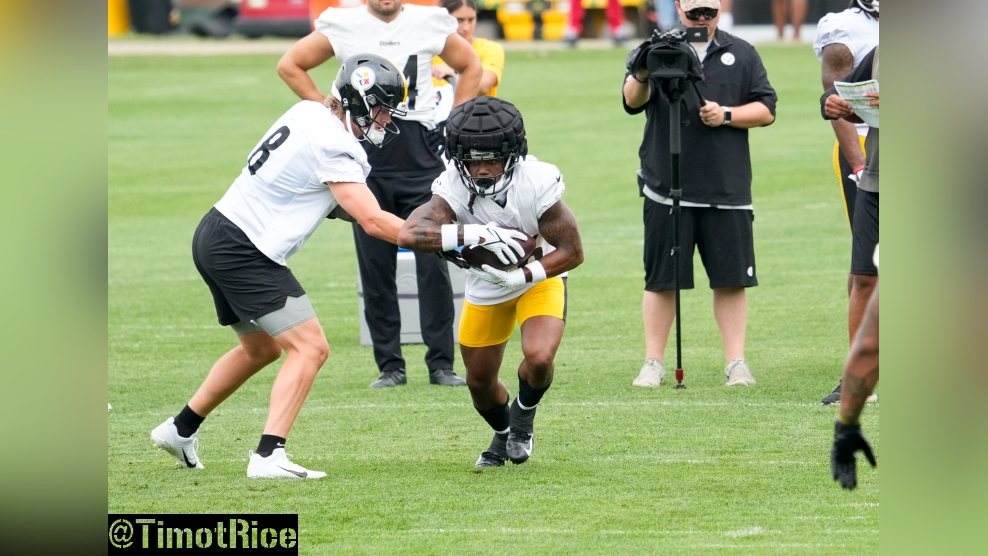 Coming off of a season in which the Pittsburgh Steelers struggled to run the football at a consistent clip with adequate success, rebuilding the run game for standout running back Najee Harris was a major priority this offseason for the black and gold.

Former GM Kevin Colbert invested in the offensive line in free agency, signing veterans Mason Cole and James Daniels to three-year deals, while also adding playmakers on the outside to try and take pressure off of Harris, who touched the football 381 times offensively last season, including 307 carries for 1,200 yards and seven touchdowns.

Though those numbers look solid on paper, his 3.9 yards per carry and below 50% run success rate throughout the season simply wasn’t good enough for the Steelers’ offense, which faced a number of crowded boxes in 2021 as teams dared Ben Roethlisberger to beat them while aiming to take away Harris on the ground.

Now, after struggling to run the football and making it a priority to add pieces in that aspect, the Steelers are aiming to bounce back in a major way on the ground in 2022. That work continued on Monday at Saint Vincent College in Latrobe on the first day of full pads for the Steelers in training camp.

Right away, the Steelers went to work on the ground, getting Harris involved as a runner in Seven Shots multiple times, before then going run-heavy in team 11-on-11 drills in an attempt to jumpstart the run game and really get things ironed out in that aspect of their offensive attack.

Following the spirited, physical practice, Steelers head coach Mike Tomlin was pleased with the period on the ground, adding that when padded practices and sessions like the one the Steelers just completed are limited leading up to the start of the season, the focus has to be on the run game moving forward for the black and gold.

“…We’ve just got a lot of growth ahead of us, on both sides of the ball, in that space,” Tomlin said to reporters Monday following practice, according to the official transcript. “When given an opportunity, we’re certainly going to focus on that component of play. There just are not a lot of padded opportunities between now and when you step into a stadium based on the structure of the preseason. So, when you get those opportunities, it really needs to be a focus.”

The run game is not just a focus for the offense in training camp currently, but also for the defense, as Tomlin pointed out. The Steelers allowed 5.0 yards per carry in 2021, which was a significant increase from previous seasons as the Steelers were without Stephon Tuitt and Tyson Alualu, leading to guys like Isaiahh Loudermilk, Chris Wormley, Henry Mondeaux and Montravious Adams receiving a lot of snaps, which led to struggles.

Throughout Monday’s practice at Latrobe, according to Steelers Depot’s own Alex Kozora, the offense and defense had their fair share of wins in the ground game. Harris scored on the first play in seven shots before Robert Spillane and Damontae Kazee made a big stop on the Steelers’ star running back two plays later.

First rep. Najee Harris churns ahead for the TD.

In the team 11-on-11 session, Harris had some additional success on the ground, as did Benny Snell Jr. and Jaylen Warren, though the defense had its fair share of wins from guys like Mark Robinson, Carlos Davis, Alex Highsmith and Karl Joseph.

Through one padded practice in Latrobe, there’s plenty to be encouraged by from the run game on both sides of the football. Iron sharpens iron, as Tomlin often says, and that will have to continue to be the case in the run game here in training camp.