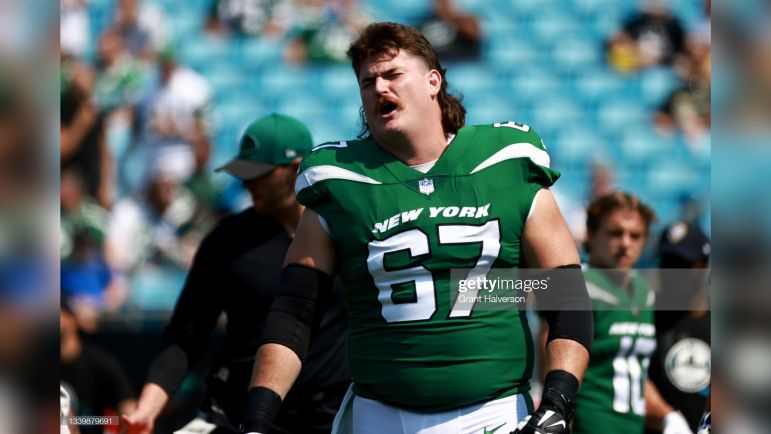 The Pittsburgh Steelers and rest of the NFL will trim their rosters from 80 to 53 no later than tomorrow at 4 PM/EST. That’s 864 players who will be released by then, a heavy number I don’t think most people understand the weight of. Though the Steelers will have an initial 53-man roster set, odds are they’ll be plenty busy throughout the rest of the week evaluating their roster and the 864 names who’ve suddenly become available.

While Pittsburgh could certainly look at add help at OLB and safety, offensive line has to be this team’s #1 priority. Their performance was a little better in Sunday’s win over Detroit, but the Steelers can’t feel good about their o-line heading into the season. I’ve compiled a list of five names who are potential cutdown/trade candidates the team might be interested in adding later this week.

Greg Van Roten/OG Buffalo Bills – Van Roten is a journeyman’s journeyman, the Buffalo Bills being his sixth team over the last decade, and that doesn’t even include a CFL stint with the Toronto Argonauts. Versatility has kept him in the league, with most of his experience coming at guard, but he’s played some center as well. He started ten games for the New York Jets last season before being released this May and signing with the Buffalo Bills. Based on the roster predictions I’m reading, he’s unlikely to make the team, Buffalo being one of the few clubs with a strong offensive line top to bottom. They can afford to lose a veteran like Van Roten – they’ve already dealt away Cody Ford to Arizona.

Despite all his travels, there’s no direct connection between Van Roten and new offensive line coach Pat Meyer. But Bills’ offensive line coach Aaron Kromer and Meyer have similar philosophies, the two are friends, and Van Roten is someone who may quickly understand exactly what Meyer wants to do. He could be an immediate swing player on gameday, able to step in at either guard spot and potentially even center. Assuming Kendrick Green loses the starting LG job, he’s never played RG before, and it’s tough to rely on him as one of the active backup linemen, Van Roten can step in as a top backup.

Cam Erving/OT Carolina Panthers – Erving might be the most logical name on this list. Steelers’ fans will understandably remember him from his ugly days in Cleveland, a failed former first-round pick, but he’s been able to carve out a swing tackle role over the last five seasons. Meyer worked with Erving in Carolina last year, a crucial connection, and Erving started nine games for the Panthers. He’s a Joe Haeg type who can play up and down the line.

I’ll admit Erving seems to be inside looking out to make the Panthers’ roster. But his base salary this year is also $4 million, so it wouldn’t be a shock if Carolina cut him in a cost-cutting type of move. He just turned 30 and could be a fit if released.

Michael Schofield/OL Chicago Bears – Sticking with Meyer-based connections the rest of the way. Falling back on the idea he and the team are looking for players who know his system given the issues the current group of linemen having trouble adjusting. Schofield spent time with Meyer in Los Angeles with the Chargers and again in 2020 with the Panthers. Schofield went back to the Chargers in 2021 and started 12 games. The Chicago Bears signed him for training camp back in July, but he’s likely to be released Tuesday, even on that bad Bears’ line which, fair enough, would give me pause in signing him.

He’s largely been a right-side player, seeing time at guard and tackle, but he’s a versatile player who would be cheap. That’s checking the boxes of what the Steelers could be looking for. Experienced, versatile, veteran options who won’t have an issue picking up the system. He’s a less-likely option, but this team is desperate.

Dan Feeney/OG New York Jets – A big guard with good length, Feeney was coached by Meyer for several seasons with the Chargers and served as a full-time starter. He moved in a reserve role last season with New York but still started five games in 2021. Most of his NFL work has come at guard but he saw center reps for the Jets last season, starting the last two games in the middle. He’s still just 28 and should quickly find a new home if the Jets move on. Like Erving, Feeney might be inside looking out, but I doubt his roster spot is completely secure, and in Pittsburgh, he’d become a top interior backup with the ability to start midseason.

Andre Dillard/OT Philadelphia Eagles – Dillard is less of a cutdown candidate and more of a potential trade partner. A few days ago, we outlined the potential connection between him and the Steelers. New Pittsburgh Assistant GM Andy Weidl was part of the Eagles’ front office and helped bring Dillard into Philadelphia, so there’s an obvious connection there. Dillard lost out to Jordan Mailata and is now set to be a backup to him and Lane Johnson.

Dillard’s reportedly had a good summer and the Eagles may be willing to ship him somewhere for the right price. That likely wouldn’t be a cheap price tag, but Dillard is entering the last year of his rookie contract and he’ll be looking elsewhere in 2023. So the Eagles may want to get out ahead and move him. A guy like Dillard could push struggling LT Dan Moore Jr. for a starting job. He’s a former first-round pick, and the Steelers love their pedigree.