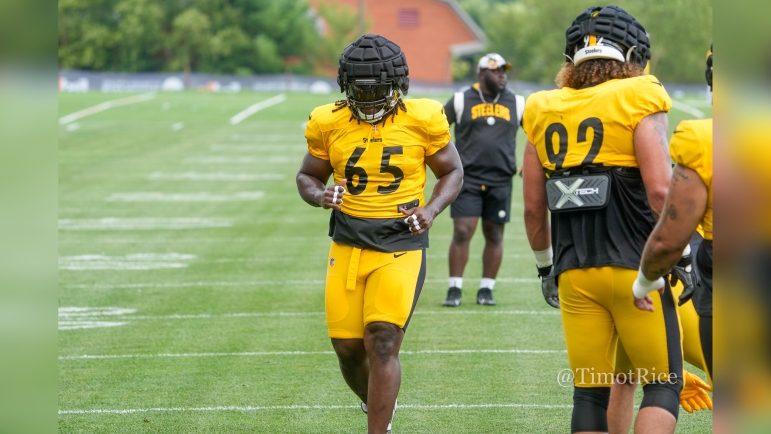 One of the Pittsburgh Steelers’ final offseason additions may prove to be their best. Following Stephon Tuitt’s retirement, Pittsburgh brought in DL Larry Ogunjobi on a one-year deal worth up to $8 million. One-year contracts at that value aren’t common in Pittsburgh, but new GM Omar Khan jumped at the chance, signing a player in Ogunjobi who nearly received a $40 million payday from Chicago before a failed physical nixed the deal.

NFL.com’s Kevin Patra listed Ogunjobi as one of eleven one-year contracts that will pay off in a big way, ranking him fourth on his list. Here’s what he wrote about Ogunjobi.

“He landed in a great spot in Pittsburgh to prove he can still make splash plays before hitting the market again next offseason. The Steelers desperately needed help along the line after Stephon Tuitt’s retirement. If Ogunjobi proves the injury issue wasn’t a big deal, he’ll get paid next year.”

Pittsburgh’s defensive line room looks different than a year ago. NT Tyson Alualu returns after missing all but five quarters of 2021 due to a fractured ankle. He spent the first two weeks of camp on PUP but has returned to work in full. Alualu wears a brace that’s heavier than your average NFL kicker, but he’s going to be a key cog in the middle of the Steelers’ defense. The group has more experience with Isaiahh Loudermilk in his second year, while rookie DeMarvin Leal could make an impact as a sub-package pass rusher.

But Ogunjobi was the big prize. Well-known to the AFC North, drafted by the Cleveland Browns and then spending last year with the Cincinnati Bengals, Ogunjobi should be an impact sub-package player for the team. While sites like Pro Football Focus have knocked him for his run defense, Ogunjobi has starred during run sessions of camp, including making three tackles during one 11v11 period earlier this week.

As Patra points out, health is the key factor. Ogunjobi was slow-rolled to the team, not participating in team sessions for roughly the first week of camp. He’s been given veteran rest days and curiously, sat out the final two practices of camp. There’s no obvious signs of injury or a setback, he walked around find yesterday, but it was a slightly sour note to an overall strong camp. Assuming it won’t be an issue for Week 1, Ogunjobi should slide next to Cam Heyward in the team’s 2-4-5 nickel defense, a matchup that’ll put Ogunjobi against his former team the Bengals, a thought that isn’t lost on him.