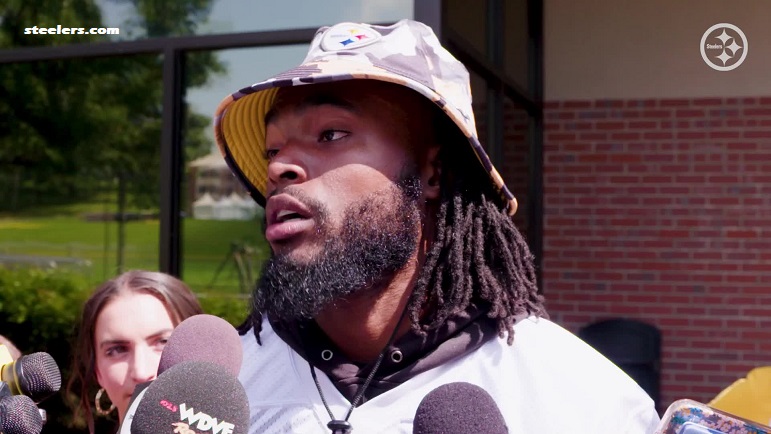 Athletes, especially when they’re up for a new contract and don’t completely go about things as though business is usual, tend to take a lot of criticism that might not be entirely deserved. Of course, sometimes that criticism is leveled an athlete for more valid reasons—such as not showing up to a football camp he was supposed to host.

That is what Pittsburgh Steelers wide receiver Diontae Johnson did earlier this year, back in May, and now he’s being sued over his non-appearance by the company who organized the event for him, to the tune of tens of thousands of dollars in compensation for admissions reimbursements and a number of other factors, including damage to their reputation.

The wide receiver reportedly had his flight cancelled, but Mackey points out that court documents show one of his agents informed the event organizers just 13 minutes before the event was supposed to be open that his client would be late due to this reason. Ultimately, he opted not to wait around for a later flight, and never showed up at all.

Around this time, Johnson was also no-showing for the first portion of the Steelers’ OTA workouts on May 26, shortly after he was supposed to have hosted a camp. He did show up for the second week of OTAs, and remained there.

The fourth-year wide receiver was seeking a new contract extension, and he did get one a short time ago, signing a new three-year deal that pays him fairly but not at the top of the market and gives him a chance to pop into free agency in three more years.

Whether or not Johnson truly missed that camp because of factors out of his control, such as experiencing a flight cancellation, I can’t possibly say. Now a court will determine whether and how much he is liable for the losses the company that organized it suffered.

The good news, of course, is that he has plenty of money to cover any costs he might incur through the suit. And he also didn’t throw any furniture off of any balconies, or punch any moving vehicle operators, or congratulate somebody on their second anniversary wedding.