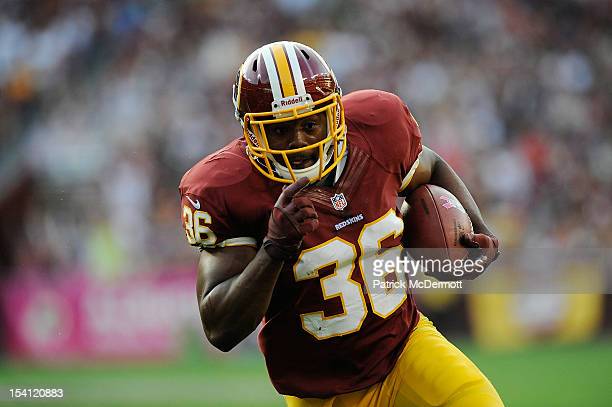 More than a year after joining the Pittsburgh Steelers organization as the Player Development Coordinator, Darrel Young has his sights set on something far greater when it comes to the hierarchy of front offices in the NFL.

A former fullback in the NFL for six seasons with Washington, Young appeared in 90 career games and was used as a runner and receiver, with seven career rushing scores and another six through the air. Young played one game against the Steelers, a 27-12 loss in 2012, recording a carry for 10 yards.

Transitioning from the field to the front office in recent seasons has narrowed his view as far as what he wants next out of life. That role? To become a GM in the NFL someday.

Fortunately for Young, he’s in one of the better organizations overall where he’ll get a chance to learn from some of the best and build those relationships and connections that will benefit him down the road in his front office career. Sounds like Young knows just how fortunate he is to be part of the Steelers organization.

Speaking with Andscape’s Jason Reid of ESPN from training camp at Saint Vincent College in Latrobe, Young laid out just how thankful he was to be a member of the Steelers organization and how he’s utilizing his time in the black and gold to get to where he wants to be in his post-playing career.

“Make no mistake – I love this player development job,” Young said to Reid, according to original reporting via Andscape.com. “I get to learn the players’ stories and assist them throughout the process of helping them get to where they’re going to go, helping them as young men. That’s my focus. I’m where I want to be and doing what I want to do. But I’ve sat down with Tomlin and created a … five- to 10-year plan. I’m in a good space with that.

“And I love this environment that I’m in. I can walk into any door [in the Steelers’ organization] to just ask questions and learn about the things I want to learn about to help me grow. I had that with Troy [Vincent], and Tomlin and Troy are a lot alike, but I wanted to work for a team like the Steelers to see how the best organizations do things. I felt that was something I wanted, something I needed, and it doesn’t take long to realize why the Steelers have been so successful for so long. I’m getting a chance to learn from so many great teachers here.”

Young had a chance to learn under not only Tomlin, but former GM Kevin Colbert throughout the 2021 season before now learning under Omar Khan, who has been with the Steelers organization for 22 years. Being part of a deep, experienced front office — which now also includes assistant GM Andy Weidl and Director of Pro Scouting Sheldon White — will help Young further his career, whether that’s in Pittsburgh or somewhere else.

Though he’s no longer in the front office, Brandon Hunt’s career path could serve as a blueprint of sorts for Young. Hunt started as a front office intern in 2005 and 2006 before then being a Pro Scout with the Houston Texans for three seasons. Hunt then circled back with the Steelers in 2009 and stayed until after the 2021 season, before taking a role in the Philadelphia Eagles’ front office as their Director of Scouting.

Obviously, Young wants to be a GM in the long run, but putting in his time and soaking up all the knowledge available to him within the Steelers’ front office will go a long way for him in his career. He seems to understand that and is embracing it, putting in the work much like he did as an undrafted free agent out of Division I-AA Villanova.