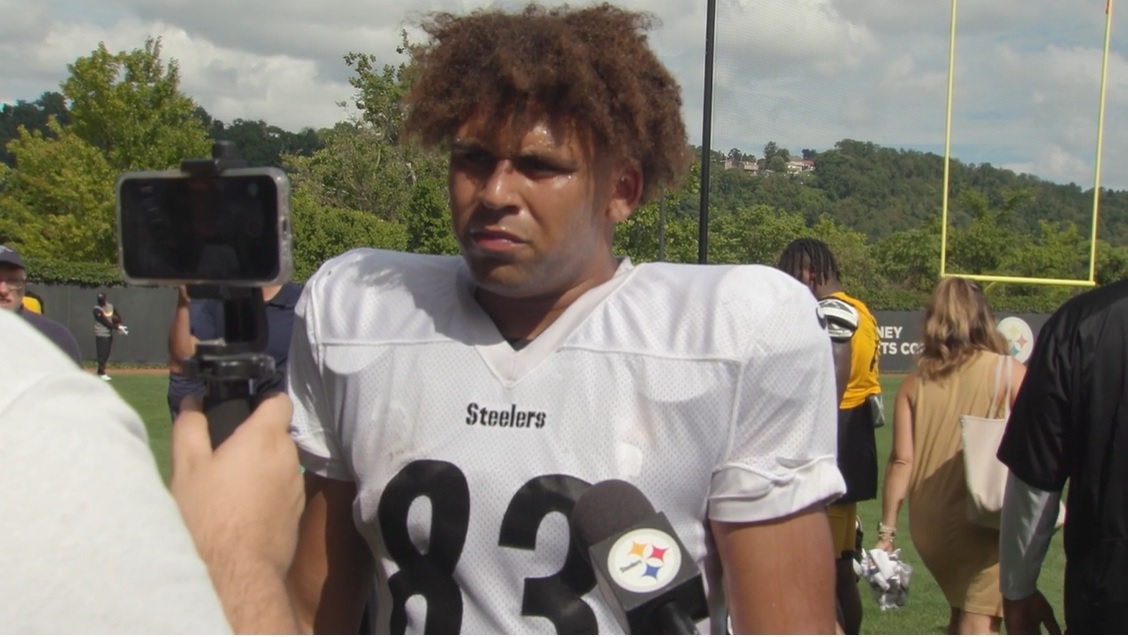 “Scramble drill” wasn’t a phrase used much in last years Pittsburgh Steelers’ offense. Not when the ball comes out in a league-quickest 2.3 seconds like it did with Ben Roethlisberger. Not when Roethlisberger became almost entirely a pocket passer, a clear departure from what he was over Act I of his career. Now, the Steelers have a group of mobile quarterbacks, ones willing and able to extend the play. And rookie Connor Heyward is learning to keep his head on a swivel for where the quarterback is going. He spoke with reporters following today’s practice about gaining chemistry with quarterbacks once the play breaks down.

“To be an NFL quarterback in this league, you gotta be able to scramble and be able to make plays on the run,” he said via the Steelers’ team website. “And all three of them can. None of the rules change when it’s a scramble drill. When he’s scrambling, you gotta find space if you’re on that sideline. It’s all about chemistry and just having a good feel for the game. If you’re out there on the field,  the coaches have more confidence that you have that.”

Steelers’ quarterbacks have been on the move quite a bit through this year’s camp in part due to natural running ability and in part due to a Steelers’ line that’s done a much better job run blocking than pass protecting. Some scramble drills have been out of necessity, not choice. Heyward has been one of camp’s favorite targets, though he’s looking for greater efficiency. Over the last four public practices, Monday through Thursday, Heyward has a team-high twelve targets. Unfortunately, he has just five catches, showing he’s still working on gaining chemistry with the new set of Steelers quarterbacks.

Used exclusively as a tight end, Heyward is often a scramble-drill target, an underneath player trying to get or remain in the quarterback’s vision. In those moments, it’s less about coaching and more about instinct, being able to feel the soft spot in zone, run away from man coverage, and anticipate where the quarterback wants you to run toward. It’s something likely to often come up in preseason action when offenses, specifically offensive lines, are at their sloppiest. Mitch Trubusky and Kenny Pickett are good athletes. So is Chris Oladokun, if he ever ends up seeing the field, that is.

The more chemistry Heyward shows with the Steelers’ passers, the better his odds of making the roster will be. Currently, he has the inside track on the #3 tight end job behind Pat Freiermuth and Zach Gentry, but Heyward is still being pushed by Kevin Rader and Jace Sternberger, two players who have come on stronger this week.