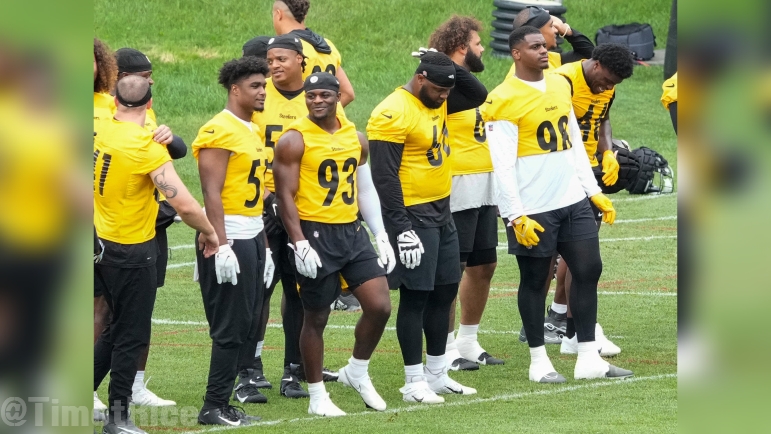 ESPN reporter Brooke Pryor went on Keyshawn, JWill and Max this morning and talked about expectations for the Steelers in 2022. Pryor expressed optimism that the Steelers could finish towards the top of the division in the wake of Deshaun Watson’s suspension.

“I’ve thought that they were being overlooked throughout this preseason because they don’t have the headliner at quarterback,” Pryor said about Pittsburgh. “Well, now neither does Cleveland, at least for the first 11 games. I think that’s significant because I think the Steelers have more talent than a last-place team, but the rest of the division had a lot of talent too, that it was kinda like, where else are they gonna go? This opens the door for the Steelers, not to finish last, to be in the conversation, for a first or second place team.”

I’m with Pryor on this one. I’ve been saying for a while that I think the Steelers could surprise some people this year. Unless the quarterback and offensive line play are both significantly below average, Pittsburgh should win at least eight or nine games. Given how difficult the rest of the AFC North is, I struggle to push too far beyond that nine-win mark, but it wouldn’t surprise me if Pittsburgh surpassed it.

Even with Watson at quarterback in Cleveland, I didn’t think it was a sure thing for Pittsburgh to finish last in the division. With Watson sidelined for 11 games, it does create an easier and more obvious path for the Steelers out of the AFC North cellar, as Pryor said. Per the Action Network, Pittsburgh is still +850 to win the division, but it’s a little bit baffling how they’re still heavy underdogs below Cleveland, who checks in with the third-best odds at +390.

Ultimately, Pittsburgh’s season is going to be defined by quarterback play, offensive line play, and run defense. Pittsburgh’s defense is good and has the talent to be the best unit in the league. If they get gashed on the ground the way they did last year and give up points early, it makes things a lot harder for an offense with a new quarterback and a lot of new faces to get back into games.

If the run defense is sound, Pittsburgh’s defense alone should be good enough for a few wins. If they get average quarterback play and an offensive line that can create a few holes and limit the number of sacks they give up, Pittsburgh could be a top-two team in the AFC North and make the playoffs. I know the expectations are low right now, but the talent level is there for them to be one of the better teams in the AFC. We’ll see if that ends up being the case.