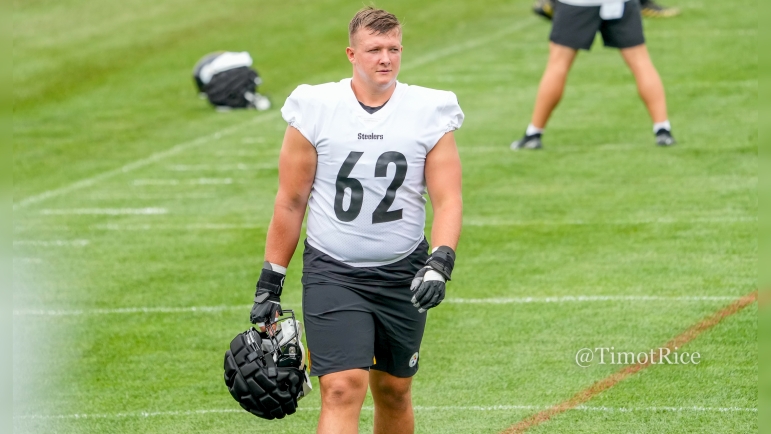 Two Pittsburgh Steelers’ linemen released as the team trimmed their roster from 90 to 85 have found new homes for the summer. Center Nate Gilliam has been signed by the Cincinnati Bengals, while guard Chris Owens was scooped up by the New York Giants.

Gilliam was signed to the Steelers’ practice squad last season, signing a futures deal in the offseason. An UDFA out of Wake Forest, he began his career with the Chargers before joining Pittsburgh. Until his release, he had been running as third-team center. But he struggled with snaps and had a particularly tough week prior to his release. Now he’ll try to fight for a practice squad spot with the Bengals.

Owens was an intriguing UDFA from Alabama with plenty of versatility. He began his Crimson Tide career at tackle but settled in at center before signing with the Steelers following the 2022 NFL Draft. But Pittsburgh chose to use him mostly as a guard. His performance was average, but he wasn’t threatening for a ninth offensive line spot on the roster, running with the third team throughout camp. It sounds like Owens could see more time at center with the Giants, and perhaps he’ll fare better at a more natural position.

Pittsburgh has overhauled the bottom of its offensive line depth chart. In addition to Gilliam and Owens, the team also released rookie UDFA OT Jake Dixon. Since, they’ve claimed center Ryan McCollum off waivers while signing OG Bill Dunkle. Both worked third team center and right guard respectively to close out camp, though McCollum had his own snapping issues during his first day with the team.

The Steelers are set to keep eight or nine offensive linemen on their 53-man roster. Eight of those spots appear to be spoken for, with the likes of OG John Leglue and OT Trent Scott fighting for that ninth spot. It’s also possible the team looks outside the organization for offensive line help as rosters get trimmed to 53. Based on their play, roster moves, and comments made by Mike Tomlin, the organization isn’t happy with the group they currently have.