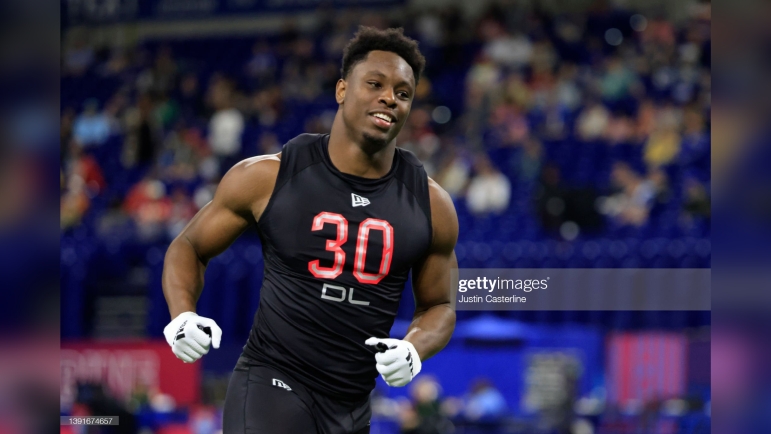 The Pittsburgh Steelers’ division rivals are usually good for drafting at least a couple of ‘fan favorite’ draft prospects every year, whether we’re talking about first-round picks or borderline college free agents. And often enough, it’s the Cincinnati Bengals who get them.

One player Steelers fans were hoping to see added to the roster late on day three out of Coastal Carolina, the 252nd-overall pick in the 2022 NFL Draft. The small-school product already seems to be joining a dynamic pass rush for the defending AFC North champions.

After one recent practice in which the defense dominated—aided, no doubt, by the absence of quarterback Joe Burrow and multiple starting offensive linemen—Gunter was particularly excited to finally get the pads back on and collide with some bodies.

“I ain’t hit nobody since my bowl game, so I was excited”, he recently told The Athletic. “Today was a good day. I learned a lot of stuff, and I think I made some plays. And watching Trey [Hendrickson] and Sam [Hubbard]? Man, those are some of the best football players in the world. Just having both of them here at the same time, learning from each, I’m a kid in a candy shop. I’m just soaking it up”.

The Bengals drafted Hubbard in the third round out of Ohio State in 2018, and he’s been a full-time starter for the past three seasons. He has 24 career sacks over the past four years, including 7.5 this past year, with a career high of 8.5. He posted a career-high 12 tackles for loss in 2021.

Hendrickson was added via free agency last year, coming over from the New Orleans Saints as a big-money signing, and the Bengals got what they paid for out of him. He hit a career-high 14 sacks on the season and was named to the Pro Bowl for the first time in his career.

On the lookout for depth, Gunter could potentially earn a role as a rotational pass rusher this year, though a lot needs sorting out before then. The Bengals are hoping that last year’s third-round pick, Joseph Ossai, will claim the top rotational spot after missing his rookie season due to injury.

As for the Steelers, they are moving forward, at this point, with Genard Avery and Derrek Tuszka as their top backup outside linebackers to T.J. Watt and Alex Highsmith. Tuzar Skipper and T.D. Moultry are also competing for a role, the latter a rookie college free agent.