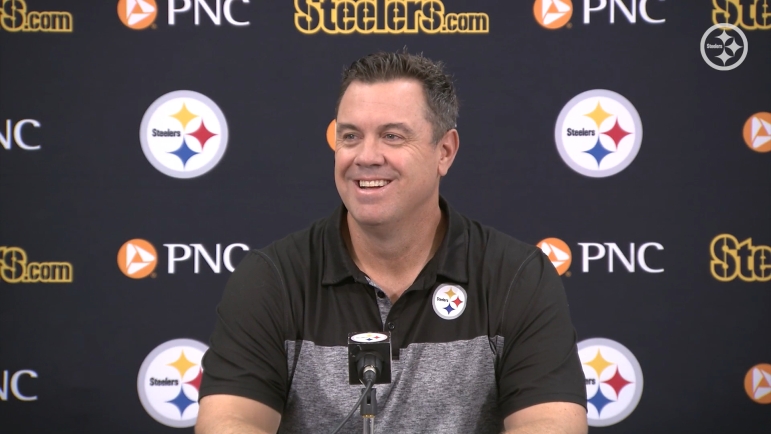 Kevin Colbert might not have a formal title right now. It’s not clear if he will ever be given one. But he still finds himself involved in some form or fashion in the success or failure of the Pittsburgh Steelers—even if that is largely a matter of legacy.

While we learned that he has been around during training camp and has met with the team’s scouts, for example, the former long-time general manager has given way to Omar Khan as his successor, and he and new assistant general manager Andy Weidl mean to do right by him.

“We’re gonna try to keep building upon what he’s built here”, Weidl said in his first press conference with the media since being hired as the team’s general manager after the draft, via the team’s website. “He’s won two Super Bowls; he’s one of the best to ever do it. We’re gonna add to the process, we’re gonna enhance where we can”.

“We want to make him proud of what our product is here and the type of players we bring in and to keep building on that”, he added. “But we’re gonna do some things with communication a little bit more. There’s some tools we’re gonna do now. We’re gonna just continue to find Steelers, and that’s the goal”.

Khan was under Colbert very nearly the entire time he was in Pittsburgh, beginning as football business coordinator and ultimately advancing to vice president and director of business administration. Now he’s the general manager, but he does have some of his own ideas.

One thing that he wanted to do was expand the scouting department a bit, and that started with hiring Weidl as assistant general manager, who began his NFL career many years ago as an intern with the Steelers under Tom Donahoe.

Weidl was among those whom the Steelers interviewed during the process of searching for Colbert’s replacement for general manager, and Colbert was a big part of the first phase of that process, including identifying the candidates.

While Colbert himself talked about the value of bringing in fresh ideas after he is out of that general managerial chair, there are many things that are certainly not going to change—things that they will continue to do, things that they won’t do—no matter who is there.

As Weidl said, Colbert did help build two Super Bowl teams, though the intention was always to get more than that. It’s still an impressive legacy to live up to, and the proof is in the trophy room they walk past every day. On a professional level, as well as a personal one, it’s no surprise that those who are following in his footsteps want to make sure they do him proud.