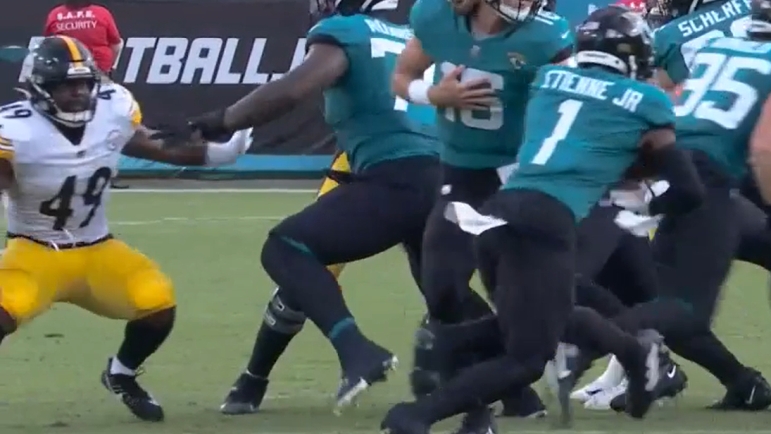 Question: Why did the Steelers cut Genard Avery now?

While perhaps some may not have anticipated Chris Oladokun to be cut now, basically everybody who wasn’t banking on the Steelers trading Mason Rudolph knew that he wasn’t going to make the 53-man roster. So it was a mild eyebrow-raiser, at best, when the team released the seventh-round rookie yesterday.

The same cannot be said for their release of veteran outside linebacker Genard Avery, who, though he missed time in training camp, played as the number two outside linebacker, starting across from T.J. Watt, on Saturday while Alex Highsmith remains sidelined.

And he looked pretty good, too. As a whole, certainly better than Derrek Tuszka or Delontae Scott. The Steelers seem to have some good feelings about Hamilcar Rashed Jr., and perhaps intend to keep him on the 53-man roster instead, but Avery certainly was on almost everybody’s 53-man roster prediction.

Hypothetically, his release now doesn’t mean his time is done in Pittsburgh, though it likely does. There is the possibility that they intend to re-sign him after the final roster cuts in case they have to move any players to the Reserve/Injured List with a return designation, like, say, Montravius Adams.

In such an instance, the team could have informed Avery of its intentions. As a vested veteran, he does not have to clear waivers, and he has already received his signing bonus, so if they re-sign him to another veteran-minimum deal, he won’t be any worse off than he was before.

Or perhaps he had a setback in his injury. Or he did something the team didn’t like. Or they just weren’t as pleased with his tape as other were. His release was generally surprising without further detail. And the fact that the Steelers already lacked quality depth at outside linebacker makes it all the more curious, and concerning.