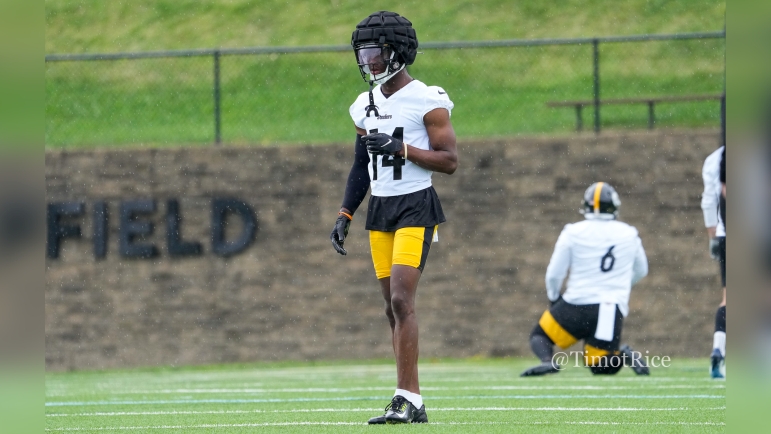 Question: Should we pump the brakes on some of the George Pickens hype for the time being?

Second-round wide receiver George Pickens has been lighting it up often enough during training camp thus far to garner national attention and hype. Speaking as somebody who was clamoring for the Steelers to draft him when their pick approached in the second round, should we put a bit of a pause on all of the hype until he actually does something that counts?

When most observers hype up a player that they watch in practice, they typically leave out all nuance and only focus on the highlights. While he is very obviously quite talented, however, he is not a finished product. He is still a work in progress in terms of becoming a nuanced route runner, and can double-catch the ball at times, for example.

There’s no reason to believe that he shouldn’t have success as a rookie, but should we be reserving space for him in the record books already? Plenty of rookies show up in training camp environments without bringing it into stadiums with any kind of meaningful regularity. James Washington was always a better practice player than in-game performer, for example.

Many a great player displays greatness immediately and is able to carry that on through the length of his career. But not everyone lives up to that potential. Right now, he is winning in a controlled practice setting. He hasn’t even gone up against an opposing NFL defense in a preseason game just yet. So I can’t help but wonder if this isn’t all just a little bit premature—for the time being.

But it’s sure fun to watch, anyway.