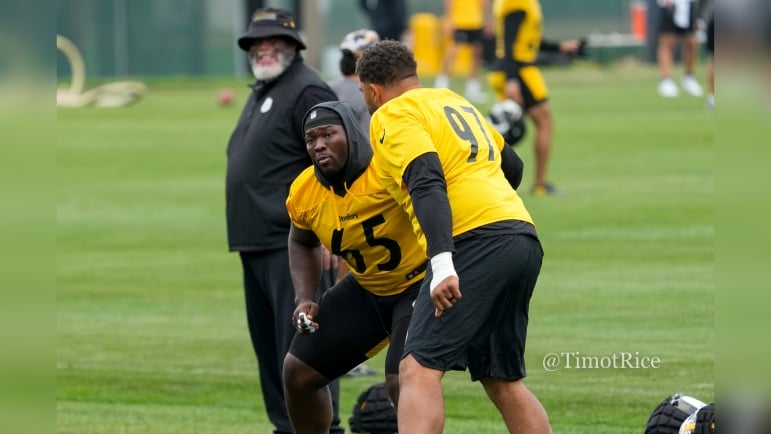 Question: How good can Larry Ogunjobi be for this defense?

Let’s start off with the fact that the Chicago Bears agreed to pay Larry Ogunjobi over $13 million per season for three years until he failed a physical that indicated his recovery from a recently sustained foot injury was not where they were comfortable with, given the money exchanging hands involved.

In other words, from a talent perspective, his talent is clearly in demand. Even the ‘prove it’ deal that he signed with the Steelers was a nice chunk of change at $8 million with no strings attached, no incentives to be earned.

The team has been cautious with him, the big man donning pads for the first time just recently, but it didn’t take him long, in head coach Mike Tomlin’s words, to make his presence felt. Yet the Steelers’ front seven has been dominating the offensive line, anyway.

My real question is this: how well can he duplicate the impact that Stephon Tuitt had at his best while he was here? When the Steelers had Cameron Heyward, T.J. Watt, Bud Dupree, and Tuitt just firing on all cylinders, opposing offenses stood no chance.

Heyward and Watt are still All-Pro players. Alex Highsmith has the potential to be another Dupree at his best. Ogunjobi comes to the Steelers with an already pretty proven track record, and he’ll be placed in positions here that will allow him to win, including with the talent that’s around him.

So can he be a legitimate difference-maker, or will he just be a quality starter? That’s all assuming that his foot holds up through the duration of the season. And what are the prospects of him being retained beyond this season? But I suppose that’s a question for another day—or another month.