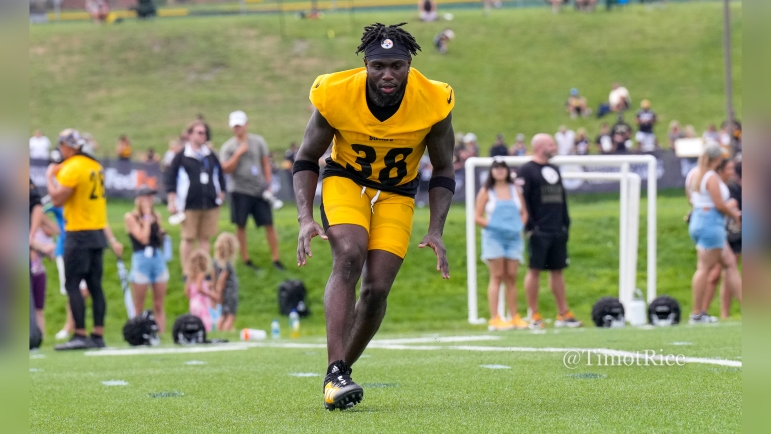 Reasoning: A veteran former first-round draft pick, Karl Joseph found him in the unusual position last year of failing to make a roster, ultimately spending the 2021 season on the Steelers’ practice squad. Still competing for a roster spot, he is now putting himself in position to make a push for a helmet with a good training camp.

First-round draft picks tend to get some leeway, as teams are inclined to trust their scouting work, and the work of the scouting world generally, that players who are drafted high are generally drafted high for good reason.

Some first-round picks genuinely turn out to be just bad NFL players, but others can at least redeem their careers as role players and contributors. Karl Joseph, at least for now, is past the point where he’s going to be locked into any starting jobs, but he’s looking to show Steelers coaches that he is worth holding on to.

With 49 career starts in 65 games and more than 3,000 defensive snaps under his belt over six seasons, one thing Joseph is not lacking is experience, but what he may ultimately be deficient in is an opportunity. The next few weeks will determine that.

The Steelers’ top four at safety is likely fixed in place with Minkah Fitzpatrick, Terrell Edmunds, Damontae Kazee, and Tre Norwood, but special-teamer Miles Killebrew is looking more vulnerable than when he signed a two-year contract.

At cornerback, you have Cameron Sutton, Ahkello Witherspoon, and Levi Wallace as locks, then Arthur Maulet and James Pierre vying for the number four role, with both figuring to be inside the bubble. If a sixth cornerback makes it, it could still be Justin Layne. Or Joseph could be carried as a versatile defensive back. If he plays well enough in the preseason, they should be able to find room.