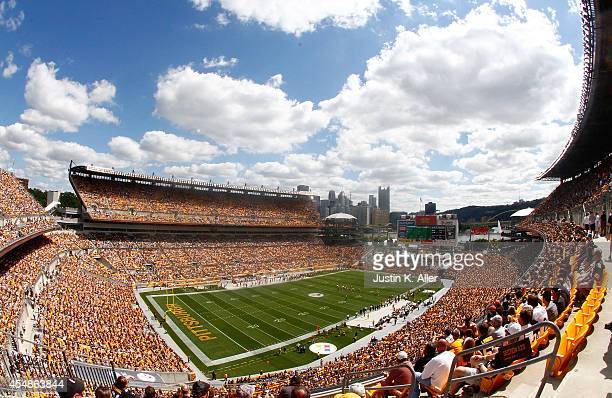 If you thought the change from Heinz Field to Acrisure Stadium was radical, what about the idea of the Pittsburgh Steelers playing in an entirely different venue? The Steelers’ 30-year lease to their current home expires in 2030, but Team President Art Rooney II struck an optimistic tone about remaining in the team’s current location.

“We’d love to and we assume we’ll extend the lease at some point,” Rooney told reporters in a Q&A after announcing the name change. “We haven’t quite gotten to that point yet. We still have I think eight years left on the existing lease. So, at some point we’ll get into those discussions down the road.”

There’s clearly no urgency for the team to renew its lease. But odds seem good the Steelers will do so years down the road. When exactly that could happen is unclear but most likely in a few years before the lease expires, say 2026-ish. That way, if the lease isn’t renewed for whatever reason, there’s plenty of time for the team to presumably build a new home.

The stadium’s lease does bring up an interesting discussion – how much longer will Pittsburgh play at Heinz Field Acrisure Stadium? The Steelers spent 30 years at Three Rivers Stadium, 1970 to 2000, and the team’s current location will basically be the same age come 2030. Granted, the Steelers’ current stadium appears to be in good shape and isn’t in need for a massive overhaul the way Three Rivers was at the end of its run. But the conversation could look much different a decade from now, especially as NFL stadiums get gaudier and more expensive. At some point, the Steelers will change locations and the end of their lease may at least bring up the conversation about building a new stadium.

Still, Acrisure Stadium seems like the perfect place to be and there isn’t exactly a lot of land left in Pittsburgh to build 70,000-fan arenas on. Attempting to move out of downtown Pittsburgh would be sacrilegious, though teams are increasingly deciding to head to the suburbs.

One other wrinkle in the deal are the differing terms between the Steelers’ lease and Acrisure’s contract. The lease is up in 2030, while Acrisure’s deal runs through 2036. What happens if the Steelers were to build a new stadium? Rooney declined to closely examine that possibility.

“I certainly hope that we’re here for longer than [2030]. Obviously different contracts have different terms and you deal with them as terms expire. And we’ll be dealing that with that in the future. May not be me, hopefully it’s somebody named Rooney, but some of those things will happen further down the road. But things like this allow us to be competitive in Pittsburgh. That’s the bottom line.”

Rooney is right it may not be him running the Steelers and making those critical decisions. He’ll be in his late 70s by the time 2030 rolls around. By then, ownership may have been passed down to Daniel Martin Rooney, expected to be Rooney II’s heir. A new man in charge could bring in radically different ideas and a change of heart over the future of the team. That’s all something for us to blog about much further down the line. I can only presume we’ll be discussing that while sitting in our self-driving cars on the surface of Mars.