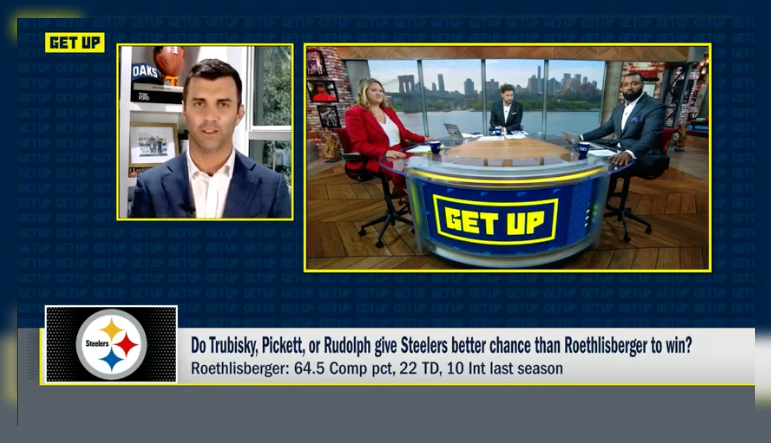 Coming off of a rather trying season offensively in 2021 for the Pittsburgh Steelers in Ben Roethlisberger’s final season of his 18-year NFL career, the black and gold transitioned swiftly at the quarterback position in the offseason, bringing in youth, mobility and overall athleticism to the position with the likes of veteran Mitch Trubisky in free agency, and the selections of Kenny Pickett and Chris Oladokun in the 2022 NFL Draft.

Those three quarterbacks, along with veteran holdover Mason Rudolph, are much better fits in second-year offensive coordinator Matt Canada’s scheme, which should make things run much more smoothly in 2022 compared to the ups and downs the offense dealt with last season.

That belief has many in the national media stating that the Steelers could be better in 2022 than they were in 2021 with the future Hall of Famer at the helm. Roethlisberger was certainly handicapped last season due to a lack of mobility and overall arm strength, becoming a relative statue in the pocket while leading to lightning-quick releases of the football in the passing game.

ESPN Insider Jeff Darlington, appearing on ESPN’s Get Up! Thursday morning alongside host Mike Greenberg, former NFL defensive lineman Chris Candy, and Steelers’ ESPN beat reporter Brooke Pryor, stated that while he believes the new quarterbacks in the black and gold bring something different skill wise to the table, the won’t necessarily be better than Roethlisberger was a season ago.

“I’m gonna steal a phrase that you used when we were talking about the Chiefs. You can be different, but it doesn’t necessarily mean you’re going to be better,” Darlington said to Greenberg, according to video via ESPN’s official YouTue page. “And that’s the wonder I have here. I do agree that Big Ben was holding this team back in many ways, and it’s not necessarily a knock on him. Like you said, it was the end of his career. They did the respectful thing by bringing him back. I just wonder if Mitch Trubisky or if Kenny Pickett is ready or if any of these quarterbacks are able to actually take the Steelers to a place that Big Ben wasn’t and that would be obviously a great thing if they did.”

Roethlisberger, for all his warts last season in Canada’s scheme, was very good when it counted, dragging the Steelers’ offense to wins down the stretch with late-game comebacks. He set career highs with six fourth-quarter comebacks in 2021 and seven game-winning drives. He still had some magic left in his right arm with the game on the line.

That mattered greatly to the Steelers last season. Without him working some of his magic offensively in 2021, the Steelers don’t get into the playoffs.

Ahead of the 2022 season though, the Steelers very clearly have quarterbacks that fit the system and the style of football at the position in todays’ game. Will they be better than Roethlisberger was in 2021? They certainly believe so — and that’s a popular belief overall. But there’s no replicating the late-game magic Roethlisberger had last season, especially in the hurry-up offense where he had to freelance quite a bit.

Maybe the quarterbacks will be better in 2022, especially early in games, taking away the need to rely on late-game comebacks like the black and gold did in 2021. It’s a huge question though, one that won’t even begin to be answered until the season kicks off on Sept. 11 in Cincinnati.