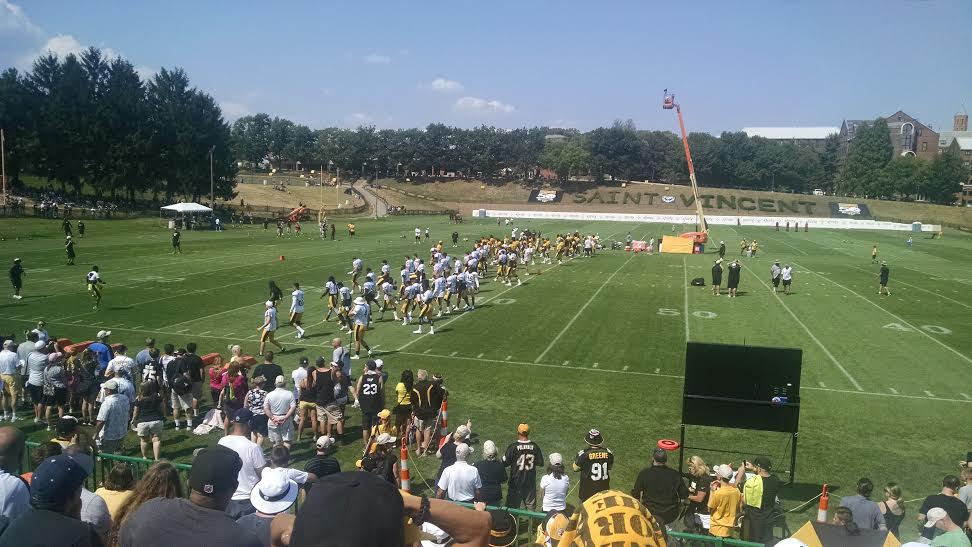 It’s been a long time coming, and a heck of an offseason, but the week is finally here. Training camp is 48 hours away. The Pittsburgh Steelers report tomorrow, back to St. Vincent College and a hearty hallelujah for that, with their first practice Wednesday afternoon.

Of course, we’ll be there to cover it. We already have our tickets for all 18 practices, making for a busy but fun August and way to kick off the 2022 season. It won’t be just me attending either. A large chunk of the Steelers Depot crew will attend, from ace photographer Tim Rice to injury expert Melanie Friedlander with others like Josh Carney potentially coming for a couple of days.

If you’re new, our goal is to capture as much of the “picture” of camp as possible. To separate our notes from others who attend with as much detail as possible. I’ll be the first to admit it can be too much, we’ll include a handy cliffnotes version in our daily reports, but we want you to feel like you’re sitting next to us at practice. We’ll be charting and tracking stats too, not because information from one particular day is valuable (some make fun of it but I promise every beat writer will at least be tracking Pickett’s numbers daily) but because we have years of data to compare it too. So we know what a good camp completion percentage is or how many drops is uncommon for a player to have. We even track a rough approximation of yardage too, something new we’ve added in recent years.

Despite all that work, we’ll be careful of making quick and sweeping generalizations. This is the beginning of a long process. Camp darlings can turn into afterthoughts and veterans who struggle early can turn things around. I remember when CB Steven Nelson was crushed online for a rough first day of camp. He turned out alright.

But most of all, I’m thrilled to be back in Latrobe. That’s where Steelers’ training camp should be. It’s good for the fans, it’ good the economy, and it’s good for the team. Sleeping in dorm rooms without AC sucks but Mike Tomlin is right – there’s a serious team bonding element to it. Camp at Heinz Field had its perks, but nothing beats St. Vincent College. It’s the sign of normalcy, the sign that we’re fully back.

Hopefully you enjoy our coverage starting tomorrow but really ramping up Wednesday. We’ll do our best to make you feel right at home as the Steelers kick off their 2022 season, one that’ll look different than any recent one. Can’t wait.