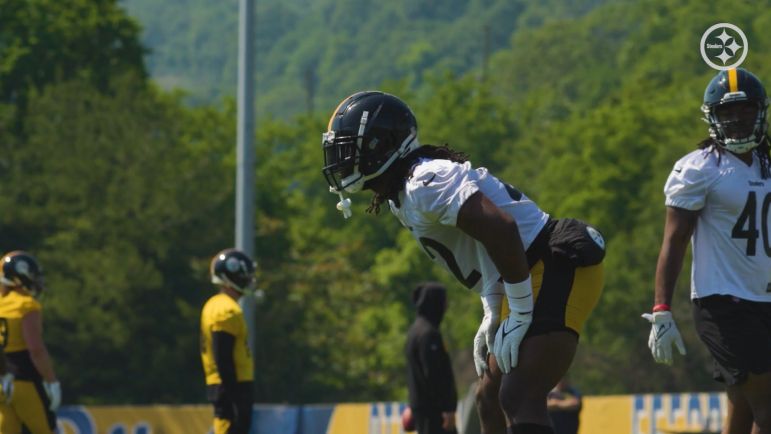 For the Pittsburgh Steelers, winning is always about more than just football talent. It’s also about building a culture that breeds winning, and in order to achieve that, you need to have the sorts of players around whom you can build that culture, self-starting individuals who can motivate others and keep them focused and in line.

Najee Harris is that sort of player, the Pittsburgh Steelers believe, and it’s a role that he’s ready and willing to take on. It’s the quality that they saw in him well before he was even drafted. And former Steelers linebacker Vince Williams believes it’s what the team needs on offense.

It is true that the Steelers have lost a lot of core veteran talent on offense in recent years. Not just with Roethlisberger’s retirement this year or Pouncey the year before, but also David DeCastro, Marcus Gilbert, Alejandro Villanueva, Ramon Foster—the whole offensive line. Vance McDonald is gone. Even James Conner is gone. JuJu Smith-Schuster is the latest to go. But Harris can be that next voice, this year. Now.

“He gives me a lot of that Hines Ward-type vibe. He’s smiling, he’s kissing the babies, but then he keeps it real in the interviews”, Williams said. “He speaks true, he works hard, he’s dedicated to his craft, he’s no-nonsense. I think that’s gonna be big. I think that’s what the Steelers need from that offensive side of the ball”.

Of course, it helps when you can also lead by example, and Harris has shown his talents on the field. He made the Pro Bowl as a rookie last year, and there is ample reason to expect that the running game will be better this year than it has been since at least 2018.

While Harris doesn’t have the elite speed of a Derrick Henry, he has everything else the Tennessee Titans star can do, including shouldering the load. And doing it without fumbling, as well. He made it through the entirety of the regular season without fumbling, setting a rookie record for touches without a fumble.

He’s also an adept receiving back and a more than willing blocker. Others can easily just look at the amount of work that he puts into his own game, despite being a Pro Bowler and an unquestioned starter, to understand the level of commitment that they need to put in themselves.