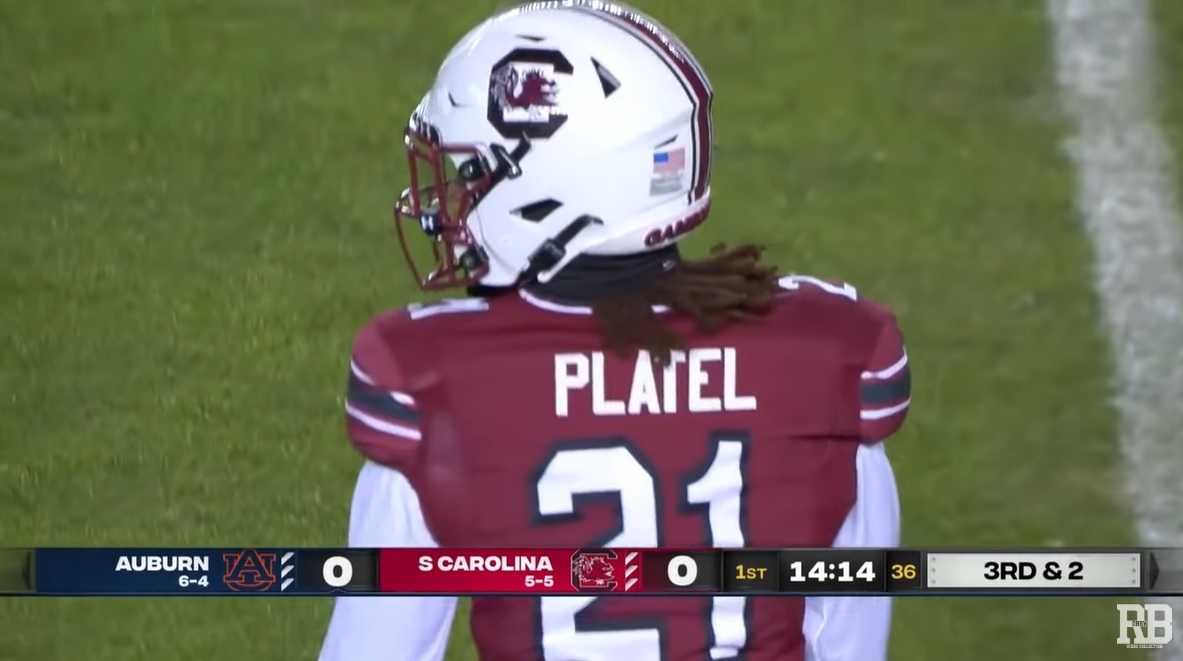 Undrafted free agent cornerback Carlins Platel has had quite a unique path to the 90-man roster of the Pittsburgh Steelers. After spending time at three seasons at Assumption College, Platel transferred to South Carolina for one season with the Gamecocks, putting himself at least on the NFL’s radar.

Platel then went undrafted before bouncing around the NFL on rookie minicamp tryout opportunities with the Philadelphia Eagles and Pittsburgh Steelers before ultimately impressing the decision makers in the Steel City, landing a spot on the 90-man offseason roster as an intriguing height/weight/speed cornerback that can play in the slot — a position in which the Steelers are still searching for help after letting Mike Hilton walk in free agency last offseason.

Now, with just four days until the start of his first training camp with the black and gold at Saint Vincent College in Latrobe, Platel is attempting to channel some of Hilton’s game as he attempts to earn a spot on the 53-man roster or the practice squad on a talented defense.

Speaking with the Pittsburgh Post-Gazette’s Brian Batko following the conclusion of mandatory minicamp in mid-June, Platel stated that he’d be watching a lot of Mike Hilton’s game, along with some old Steelers games, to try and get a handle on the scheme and the requirements of playing slot cornerback with the black and gold in an attempt to have a leg up on the competition heading into Latrobe.

“I’ve been watching everything. I’ve been watching games from last year, I’ve been watching Mike Hilton, a whole bunch of stuff,” Platel told Batko in mid-June, according to original reporting from the Post-Gazette. “Going into the offseason, I want to watch the defense but also the offense, too. I just want to see tendencies, splits, what route’s coming.”

Ahead of the rookie minicamp featuring tryout players, our own Alex Kozora wrote this about Platel: “A slot corner build at his size and short arms (29 1/2 inches), Platel transferred from Assumption College to South Carolina for the 2021 season. A reserve DB, he recorded just 15 tackles in 2021, though he did force two fumbles. He ran in the 4.6s and his agility scores were poor (4.33/7.39) and that potential lack of change-of-direction may hurt him if he’s playing inside.”

Later, following Platel’s signing, Kozora took a deep dive into the South Carolina product’s film to better understand the under the radar cornerback. Kozora had this to say about Platel overall: “Overall, Platel has the right mindset and carries the slot traits Pittsburgh likes. Physical, aggressive, willing to play the run. While he lacks length, he’s really not that small, nearly 6’0, 195 pounds. It’s a question of if he’ll have the athletic traits to last and he’ll work better in zone coverage than man. He also should play well on special teams and of course, that’ll be his path to sticking with the team in some form.”

Platel haș a long road ahead of him in his bid to stick with the Steelers. If he can make some plays in training camp and show some physicality downhill against the run, he should show he deserves to at least stick on the practice squad, much in the same way Hilton did before grabbing a starting role in Pittsburgh.