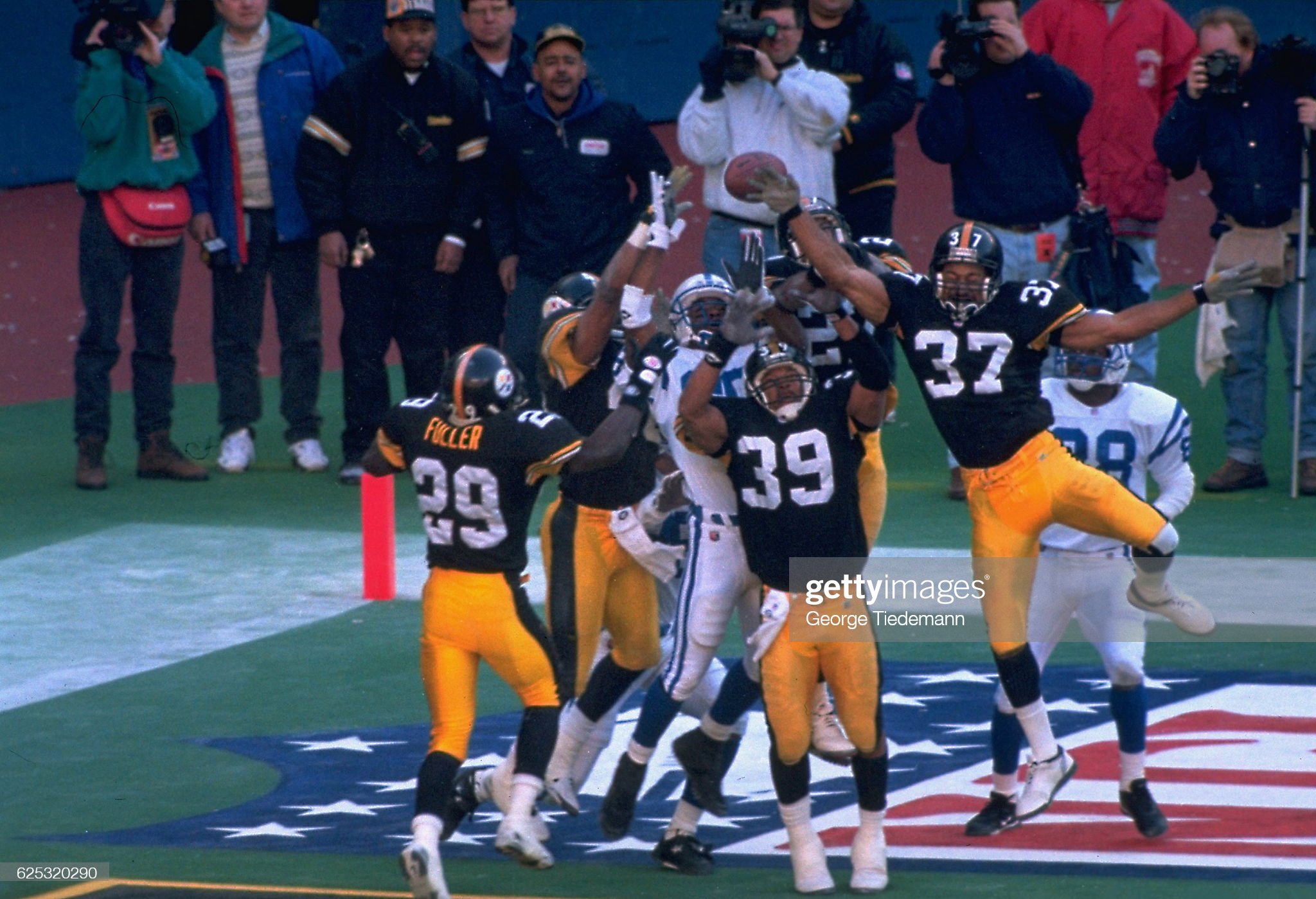 For decades now, the Pittsburgh Steelers have made it a common occurrence to give their fans heart problems late in games.

Twenty-seven years later, that moment still stands out as one of the wildest moments in the long, illustrious history of the black and gold. With five seconds left, Harbaugh uncorked a throw to the right corner of the end zone looking for wide receivers Floyd Turner and Aaron Bailey hoping for a miracle.

Fortunately for the Steelers, Carnell Lake, Randy Fuller and Myron “Boo” Bell were there to knock the football away at the last second as the ball bounced around and nearly landed in the hands of Bailey for the game-winning score.

All these years later, the memory of that moment and the feeling after remains burned in the memory of former Steelers’ linebacker Chad Brown, who played a prominent role on that 1995 Steelers’ defense with the likes of Kevin Greene, Levon Kirkland, Greg Lloyd and Carnell Lake, to name a few.

Appearing on Good Morning Football Friday on NFL Network, Brown talked about what was going through his mind in that moment, which ended up being such an iconic moment in Steelers’ history — and NFL history — overall.

“I think like everyone else, I felt like that ball was in the air for four or five minutes. I was just trying to keep [Jim] Harbaugh] in the pocket as a pass rusher. But yes, there was such a tangle of humanity in the end zone,” Brown said to the GMFB panel Friday, according to video via NFL.com. “I wasn’t really sure exactly what happened…So once the play was over, it wasn’t a moment of, ‘oh my God, we’re going to the Super Bowl.’

“It’s, ‘what happened in this play? How’s this replay gonna come down?’ Yeah, I mean, in the end of course we did make the Super Bowl, lost to the Dallas Cowboys unfortunately, but yes, one of those football moments that is burned in your brain forever.”

It was certainly a heart-stopping moment for Steelers fans in attendance at Three Rivers Stadium that day, especially after the Steelers took a late lead on a one-yard Bam Morris touchdown to go ahead 20-16. With a vaunted defense, there was no way the Colts could drive down the field and win the game with just over a minute and a half to go, right?

That nearly happened. It would have caused serious heartbreak for the city, the franchise, and all involved if the Colts did complete the comeback, especially after the Steelers flopped in the AFC Championship Game at Three Rivers Stadium one season prior against the San Diego Chargers.