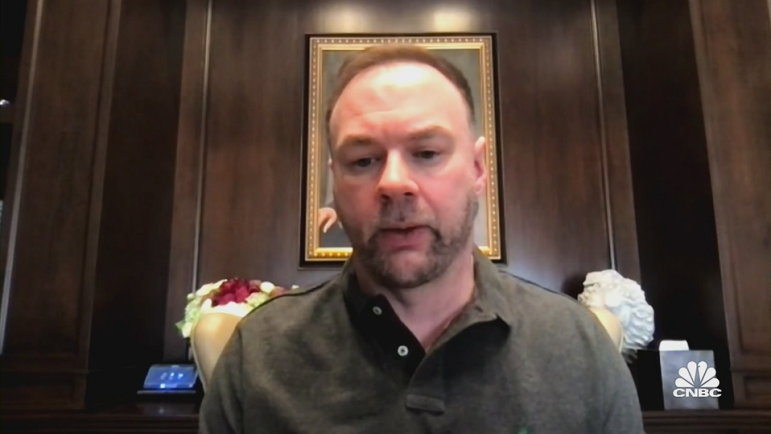 In today’s world, it’s all about who you know and what relationships you have to get ahead.

Tull has served as a Steelers’ shareholder for the last 13 years, and is a shareholder in Acrisure as well. According to not only Rooney II, but Acrisure Co-founder, CEO and Chairman Greg Williams, Tull was a key part of the partnership coming together so quickly, resulting in the reported 15-year, $150 million partnership that will push the Steelers’ stadium into the future.

“I want to acknowledge Thomas Tull, who was the catalyst in bringing us together. Thomas has been a shareholder of the Steelers for 13 years now, and he’s also a shareholder in Acrisure,” Rooney II said to assembled reporters Tuesday afternoon during the press conference, according to video via the Steelers’ official YouTube page. “So, Thomas, thanks for making this happen.”

Tull, the former chairman and chief executive officer of Legendary Entertainment, is the founder Tulco LLC, an investment holding company that uses artificial intelligence and other technologies to guide investing. The Pittsburgh resident is also a film producer and has held a share in the Steelers’ franchise since 2009.

Acrisure is a Michigan-based insurance brokerage, so the company holding the naming rights to Acrisure Stadium doesn’t appear to have any local ties to Pittsburgh as Heinz did for Heinz Field, Acrisure recently acquired part of Tull’s Tulco, a tech company based in Pittsburgh. After the 2020 acquisition, Tull became chairman of the Acrisure Technology Group.

Thomas Tull is the founder of Tulco LLC, an investment holding company that uses artificial intelligence and other technologies to guide investing. Acrisure bought Tulco in 2020. #Steelers #NFL https://t.co/LhGrLqg8uD

“When Thomas had called and indicated, ‘Hey look, Greg, would you?’ — knowing the history in terms of the love that we have for the Steelers. This was something that was kind of a natural and it didn’t take long to say yes,” Williams said to assembled reporters Tuesday inside Acrisure Stadium during the introductory press conference, according to video via the Steelers’ official YouTube page. “It was a matter of meeting Art [Rooney II] and getting a sense of what the opportunity would need to look like for the Steelers to say yes. And so with that, it concluded quickly and, has come together quickly.”

The deal came together rather quickly, and it’s likely due to the fact that there was some familiarity on both sides, largely through Tull, though Williams stated Tuesday that he’s a life-long Steelers fan and has attended numerous Steelers road games throughout his life.